The story of the “Hofapotheke” 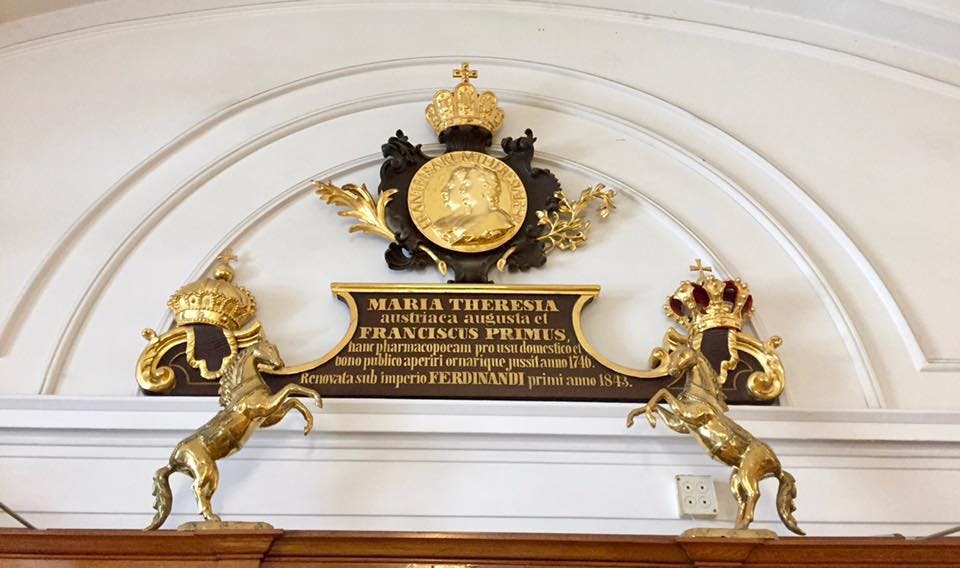 The history of the Hofapotheke goes back to 1744 when Maria Theresia ordered the imperial court to buy the pharmacy “Zum goldenen Stern” (“to the golden star”). After the acquisition, it became the Hofapotheke (pharmacy of the imperial court). There is a story about money surrounding the Hofapotheke. During the Seven Years War, a war tax was imposed also on the pharmacies located in Vienna and all had to pay it, including the Hofapotheke. However, as the imperial court was the owner of the pharmacy, it did not want to pay the taxes that it demanded from others. Therefore, while other pharmacies had to pay 2,000 gulden in taxes, the Hofapotheke was billed only 100 gulden! After the Habsburg empire reached its end, the pharmacy became the property of the government and was renamed “Alte Hofapotheke”. Ultimately, after almost 250 years of history, the pharmacy ceased to exist in 1991 because it got into financial troubles. This time its owner, the government, could not help it with low taxes! After this, the location hosted the Lippizanermuseum for a number of years and eventually a Cafe/design store moved in and this is what you will find today. This is the place where we found the good-looking dog that was the star of today’s quiz: The Old Pharmacy. And yes, we have a winner! (Cr).