A morning walk in the 2nd district 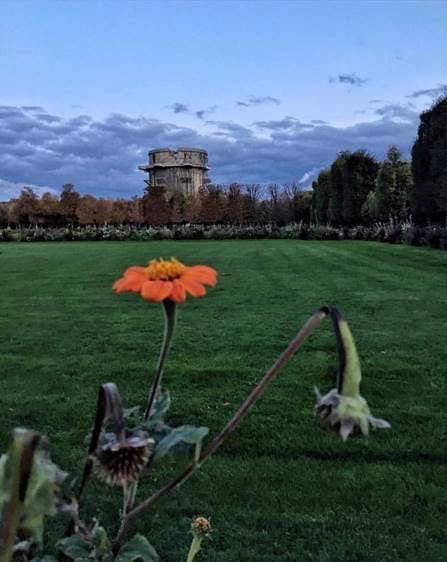 How does your morning walk in Vienna look like? This is one SV explorer’s 30 minutes of jogging through Vienna’s second district’s history!

A morning run around the block. 100m down the Kleine Pfarrgasse street, on the right, there is St Leopold church built by Emperor Leopold I in 1680, after evicting the Jews from the area. Three years later the Turks besiege Vienna and burn down the church. The church is then rebuilt and consecrated again during Maria Theresa’s reign.
Turn left and cross the street into Augarten park. In 1775 Emperor Joseph II, one of Maria Theresa’s 16 children, opens the park to the public and his dedication is still visible at the entrance. Start running. On the right, there is the Garden Hall where Mozart gave morning concerts in 1772. Beethoven played there later. The park was a hot spot for the nobility attending the Congress of Vienna.
The run around the baroquely manicured park is dominated by two huge, ugly concrete structures. Built by the Nazis during WW2 for anti-aircraft artillery, they cannot be torn down without sinking the neighbourhood. Never Again is freshly painted on one of them.
Back from the park, continue on your way. Each walk in Vienna is a walk through fascinating history! We wish you a wonderful morning walk through whatever path you may choose!
Tweet
Email this page to a friend. Email
Click here to visit previous post ← Previous Post Click here to visit next post Next Post →
Skip to toolbar