A summer night, a famous orchestra, and a beautiful palace 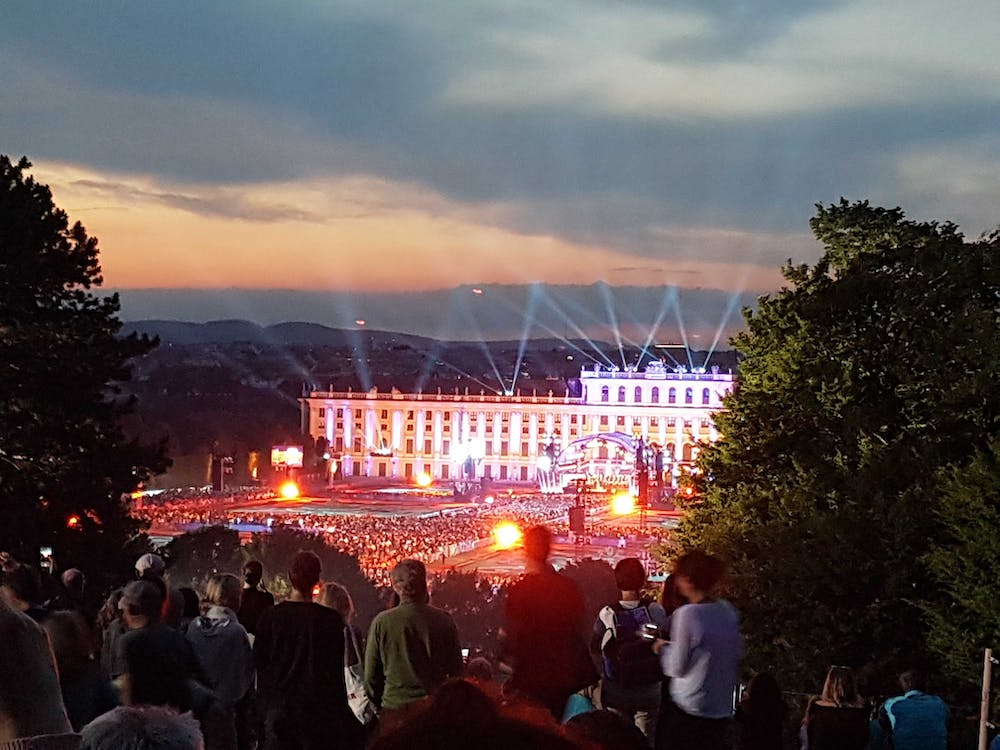 The Vienna Philharmonic is considered to be one of the finest orchestras in the world, made up of world-class musicians who have proved their mettle by playing in the Vienna State Opera orchestra for at least 3 years. They normally are based in the Musikverein and tickets can be hard to come by, but once a year they play a public concert against the iconic backdrop of Schönbrunn Palace. This is, of course, the Sommernachtskonzert: an evening on which one of the world’s most famous orchestras plays in the gardens of one of Europe’s finest palaces for free, for the general public!

The Vienna Philharmonic first played a public concert at Schönbrunn in 2004, at which point it was called the “Concert for Europe”. The initial idea was to put on a concert that celebrated Europe, with the first concert directed by Bobby McFerrin and covering classical compositions from 8 different European countries. According to the organizers, 90,000 people attended this first concert, even though only 30,000 were expected. Given the great success of this event, it was continued and has now become a regular event in the Vienna summer social calendar. In 2008 the concert was re-branded the “Sommernachtskonzert” (Summernight concert), which is how it continues to be known today. Until 2016, the stage was erected in front of the Neptune fountain facing the palace – however, this meant that the sound was not effectively projected to the grassy hill leading up to the Gloriette. Since 2017, this has changed: the stage is now directly in front of the palace facing the hill, which means that even the people sitting up on the hill can still hear the music quite well.

This year’s concert has already come and gone: it was on June 20th, so hopefully some of you made it! And if not, there’s always next year 😊