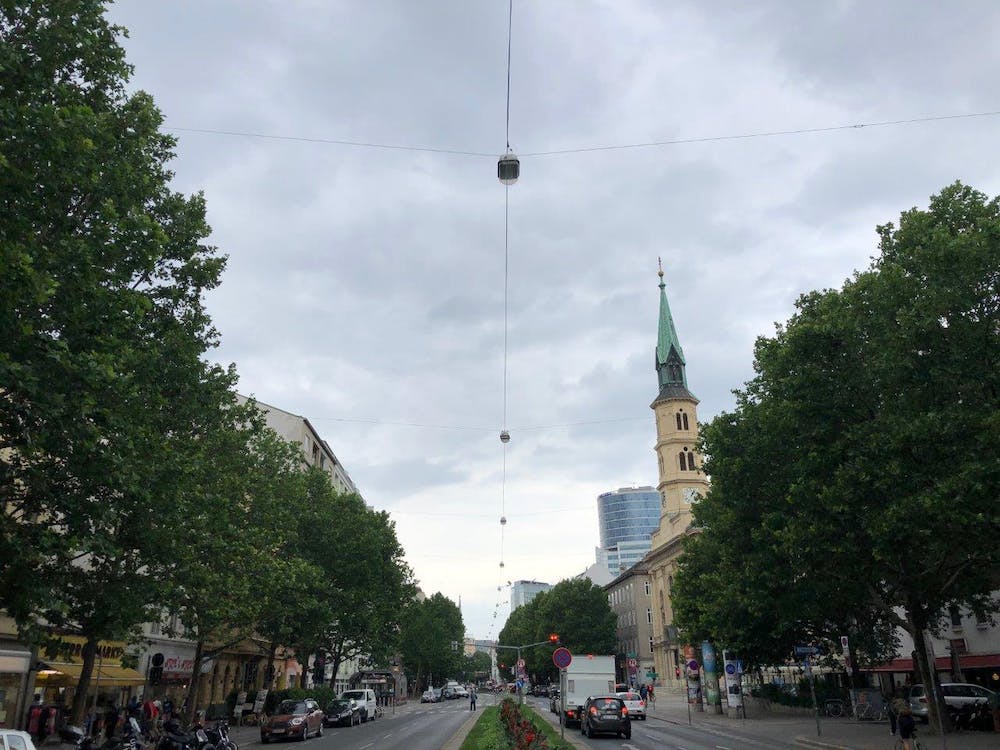 Praterstrasse, the large avenue connecting the Praterstern railway station to Vienna city center has many interesting stories to tell and experiences to offer both to the historically minded and to the more urban, contemporary interested traveler.

Even if the name seems an obvious match due to its proximity to Prater, for many centuries it has been called Jägerzeile. The Jägerzeile name had been used since 1569 initially for a road which connected a community of Habsburg gamekeepers and woodworkers in the area to the city. Throughout the years the Habsburgs granted building rights in the area and the Jägerzeile neighborhood sprang up.

In 1766 the traffic on the road increased considerably after the Emperor Joseph II opened up the Prater park for public use.

Among the famous visitors in the area, not with touristic intentions though, was Napoleon and his troops who in 1809 looted the Jägerzeile. But his subsequent defeat brought back the fortune of the area as Prater became the playground for royalty playing geopolitics during the Congress on Vienna 1814-1815.

The railway station was opened in January 1838 as k.k. Nordbahnhof (Imperial and Royal North railway station) increasing even more the traffic in the area.

In 1862 the street name Jägerzeile was officially changed to Praterstrasse. Johann Strauss wrote the Danube Waltz while living on Praterstrasse. In 1868 a horse tramway was opened and was operated here until 1901.

As Praterstrasse is a street often used by your SV explorer, we take a detour now from the normal time-travel we do and take a fast walk along the contemporary culinary slide of it. Even if at first glance the Praterstrasse might look like a large, modern, impersonal street, it is scattered with many small restaurants that cater to all tastes and wallets. As one walks from Praterstern towards the city, at no 55 there is Zina’s restaurant, a small family restaurant with delicious Oriental and Mediterranean dishes. At number 56 there is Tempel Restaurant, a hidden gem of fusion food. At number 38 there is Balthasar Coffee Bar, a perfect place for a morning cappuccino or a post lunch fast espresso. A lunch that may come from the nearby crowded sushi place Mochi or the Georgian influenced restaurant: Café Ansari. As the street approaches the canal, one shouldn’t miss a drink at the 19th floor rooftop bar of Sofitel hotel designed by star architect Jean Nouvel. The view over Vienna is breathtaking.