Alois Negrelli: From Egypt to Vienna 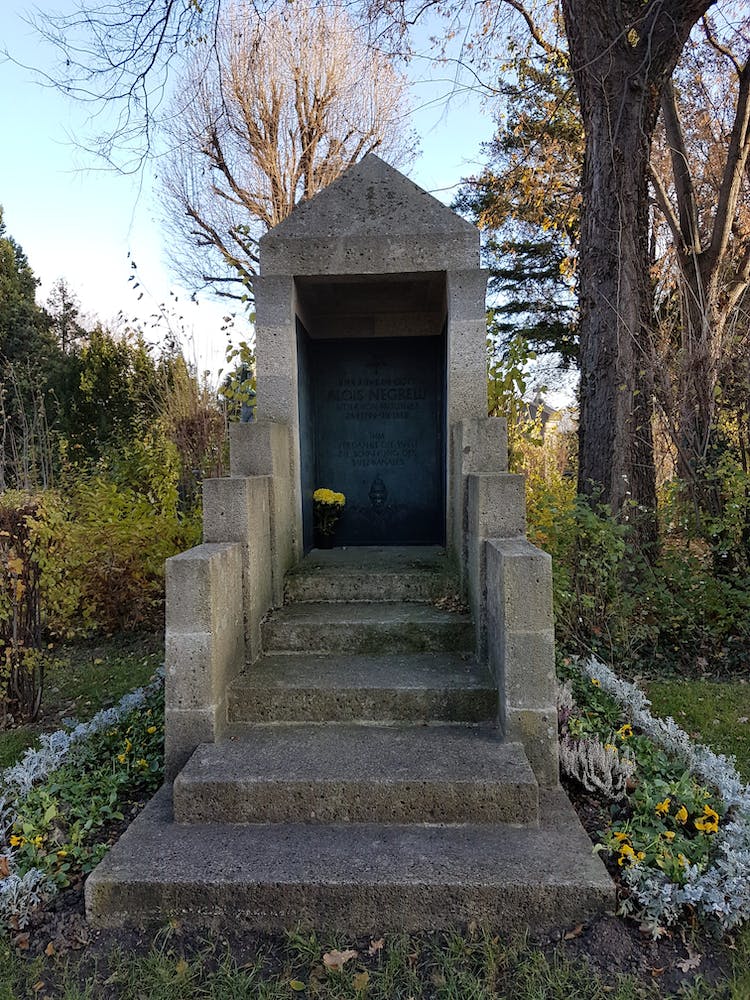 Did you know that there is a Vienna connection to the Suez canal in Egypt? It may seem strange but indeed, the two are intimately connected. This is due to the central role of one Alois Negrelli, an Austrian civil engineer who designed and planned the building of the canal, and is now buried in the Zentralfriedhof (Vienna’s Central Cemetary). Negrelli was actually born Luigi Negrelli in 1799 in what is now Südtirol, and went on to have an illustrious career in bridge and railway construction within the Habsburg empire. Like many other engineers at the time, he also spent time thinking about and designing plans to connect the Mediterranean Sea with the Red Sea, thereby massively decreasing transport times and costs between Europe and Asia. In 1855 he was invited to join an international group of engineers to study exactly this issue and propose a plan for how to proceed. Although he was just one of 13 experts, Negrelli’s design for the canal was the one that was ultimately chosen and implemented.

Even though he was not involved in the actual building of the canal, this was also around the same time that serious discussions were underway in Vienna about regulating the Danube in order to reduce the dangers of flooding and unpredictable water flows. Negrelli suggested that the equipment used to build the Suez Canal be brought to Vienna after completion of the canal to be re-used in the Danube regulation, thereby saving the costs of acquiring new equipment. This ended up being an unworkable solution given the differences in geological conditions between Austria and Egypt, so new equipment had to be purchased for the Danube regulation. Negrelli unfortunately did not live to see either the completion of the Suez Canal in 1869, or the Danube regulation in the 1870s. Instead he died most likely from food poisoning and a subsequent infection at the age of 59 in 1858, just half a year before the official works on the Suez Canal were begun. Although he died young, he left a lasting impact on the world, and his grave here in Vienna  pays tribute to his outsize influence on Egypt’s most important engineering project. (C.G.)