Answering the call of nature — literally. 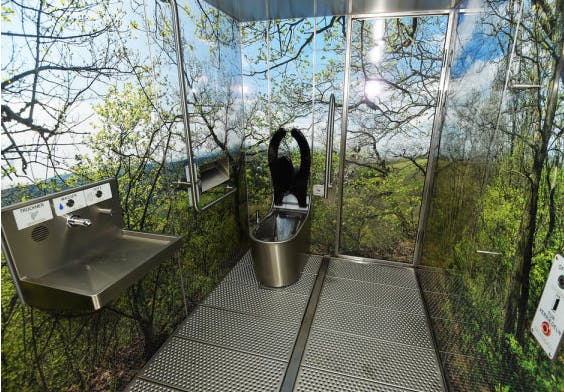 Vienna’s public toilets aren’t just toilets – no, they are experiences! Although you may be quite skeptical of what kind of ‘experience’ that might be, its less shady gas station bathroom and more artificual forest feeling that you might expect! Take a toilet in Ottakring from 2015 for example – here 50 cents unlocks a small forest oasis in the middle of the city, complete with birdsong and images of trees. This is part of a city-wide modernization effort to make the public toilets more high-tech, easily accessible, and nicer to use. The flipside of the initiative is that Vienna will as a result have fewer public toilets as the renovations include the removal of some installations. Nonetheless, Vienna remains one of the cities in Europe with the highest ratio of public toilets to population! So the next time you see what looks like a mundane public facility, give it a try – who knows, you might find yourself in a wooded landscape accompanied by singing birds as you go about your business!