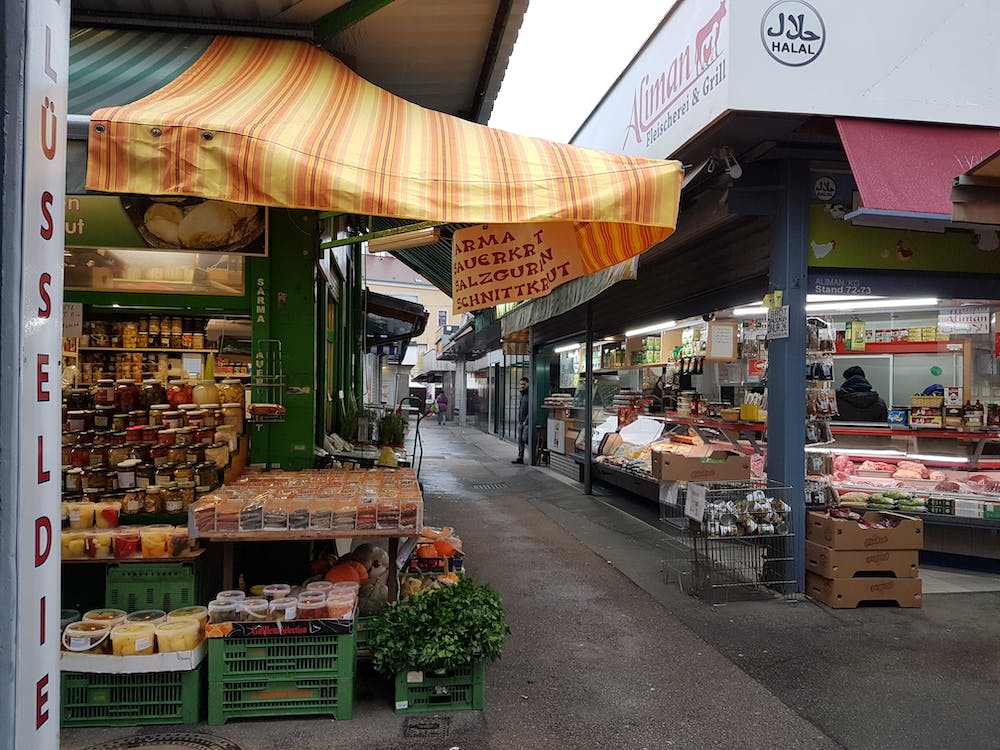 Vienna has many great markets, but one of the least touristy has to be the Viktor-Adler-Markt in the 10th district. The market was founded all the way back in 1877 before being expanded in 1910, and maintains a vibrant and authentic flare. It consists of some 80 stands connected by small alleyways filled with friendly market people selling everything from South African bunny chow and Bulgarian cheese to Turkish tahina and Syrian sweets. In fact, the oldest stand at the market is thought to be #6, which sells fruit and vegetables, and has apparently existed since 1871. Although the market has stood at this spot for well over a century, the square on which it is located has not always had the name of Viktor-Adler-Platz. The square, previously known as Eugenplatz in honor of Prince Eugene of Savoy, was named after the Austrian politician and founder of the Social Democrat party Victor Adler in 1919. Interestingly, his name was spelled Victor, but the name of both the market and square are spelled with the more Germanic k rather than c. In fact, there seems to be some general confusion concerning the spelling of Victor/Viktor – even his grave at the Zentralfriedhof gives his name as Viktor Adler, despite the fact that there is no question that he actually spelled it Victor. On the other hand, his bust as part of the Memorial of the Founders of the First Republic next to the Parliament has his name spelled correctly. Although the question has been raised with city officials and historians, no one seems to know how his name came to occasionally be spelled with a k; as such, it continues to be one of Vienna’s many mysteries.

Another fun fact about Victor Adler is that he lived at Berggasse 19 from 1882-1889, which is the same address that Sigmund Freud moved to in 1891, and which is currently home to the Sigmund Freud museum – it seems that living in Vienna around the turn of the century more or less ensured a run-in or connection with at least one major historical character of the 20th century!  (C.G)