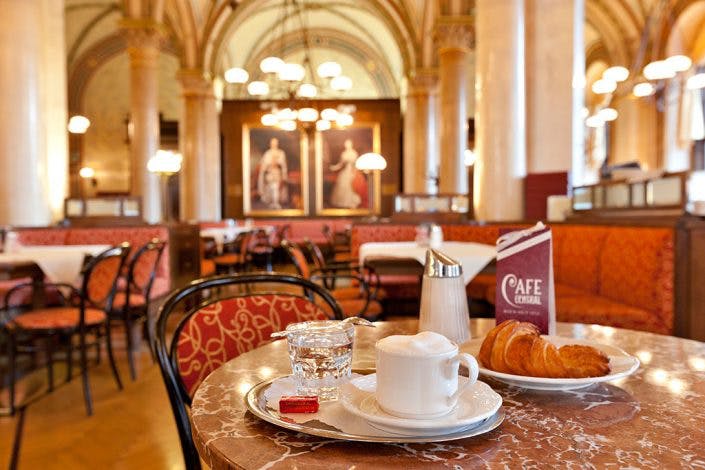 The Café Central, located just a street down from the Michaelerplatz. It was founded in 1867 and ever since it acted as a hotspot for writers and philosophers. Literati like Hugo von Hofmannsthal, Karl Kraus or Stefan Zweig loved to spend their afternoons in the Café.

But the coffee house was also packed with international guests, hence why they displayed newspapers in over 22 languages as well as reference books. Chess players got their own salons in the Café Central for a quieter atmosphere.

From 1947 to 1975 the Café Central was closed down. Parts of the coffee house were then renovated and it was opened once again in 1986.

Their menu offers a variety of traditional specialities and sweets. Don’t be surprised by the line of waiting people outside the Central’s door, sometimes it can take a while to be seated – but the wait is definitely worth it if you want to enjoy a piece of Vienna’s old history.