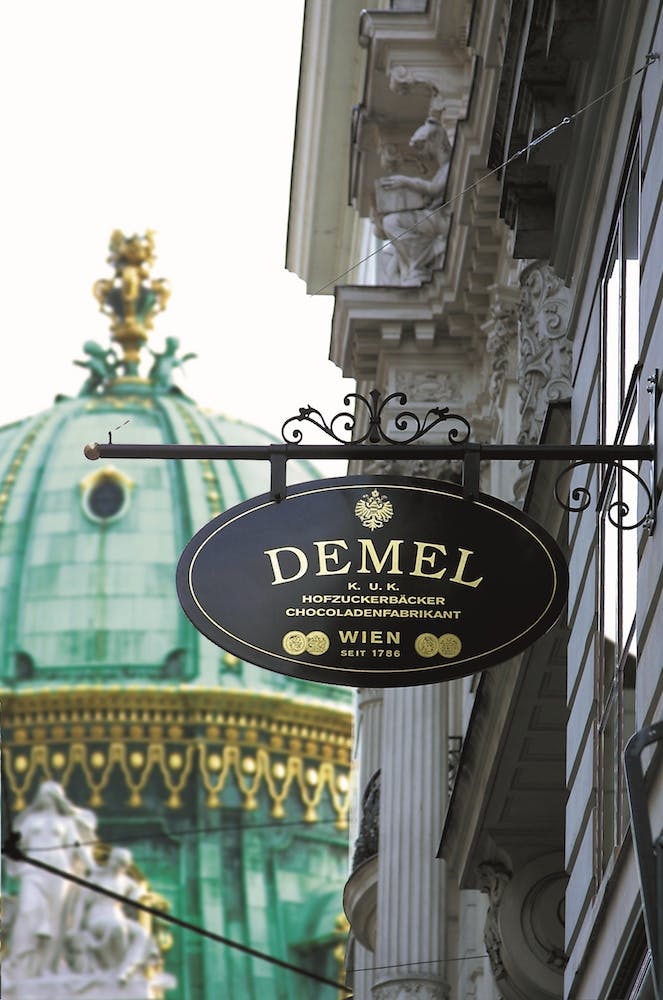 There’s no doubt that our beautiful city is internationally known for its coffee houses. Today I want to tell you more about the history of the “Demel” one of our oldest and most beautiful locations in the inner city.

Ludwig Dehne, a confectioner, opened his confiserie in 1786, it didn’t take long for his business to become famous and loved among people from near and far the monarchy. The Demel we know today soon became a meeting point for aristocrats and the bourgeoisie. Even emperor Franz Joseph I. was a welcomed guest at the Demel, allowing him to find peace to write letters to his wife Sissi, who was quite fond of the Demel’s violet-sorbet.

The Demel’s waitresses were called “Demelinerinnen” because the colour of their black uniforms could remind one of nuns. Artists like Helmut Qualtinger couldn’t help but address the Demelinerinnen in their cabaret shows.

Anna Demel was the first woman to receive the title of “Councillor of Commerce” in 1957. Ever since their founding, the Demel kept their tradition alive, acting as a reminder of old times and the people that once were. Anna’s son-in-law Baron Federico of Berzeviczy-Pallavicini followed in her footsteps, poshing up the Demel’s visual displays. Some of the motives are still visible on the packaging today.

Make sure to walk past the Demel the next time you visit the inner city, give into the charm of the confiserie and live through a part of Vienna’s history.

More about the Demel and their shop can be found here