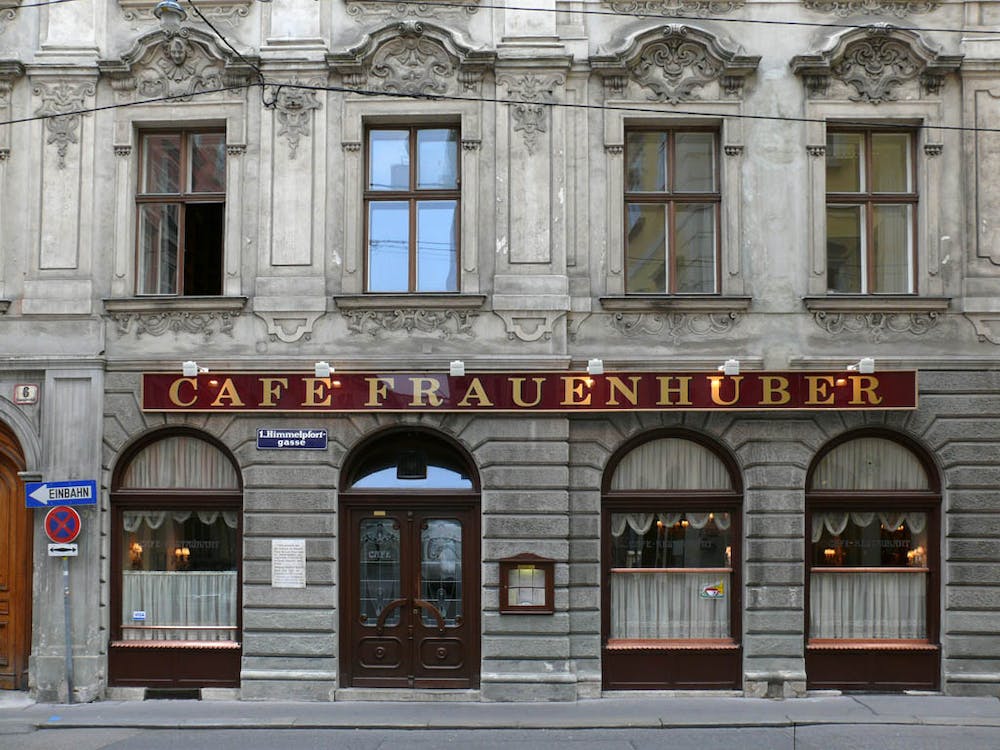 The Café Frauenhuber is one of Vienna’s oldest coffee houses, tracing back to the year 1891, the name is still used today.

In 1824 Alois Hänisch founded his first coffee house in Vienna’s first district. Only a few months later the Café moved to another part of the district, attracting guests with the big sign that towered over the entrance.

According to the Café Frauenhuber, the house where the coffee house is located today, in the Himmelpfortgasse 6, existed from 1746 on. Even though we can’t say for sure that the coffee house is Vienna’s oldest one, it is still one of our traditional and well-cherished Cafés.

Today the Café Frauenhuber offers traditional Viennese desserts, such as Kaiserschmarren or Apfelstrudel, but also Viennese specialities, like Wiener Schnitzel. Don’t miss out on visiting this place of old history on your next trip to our beautiful inner city!