The Danube in Vienna 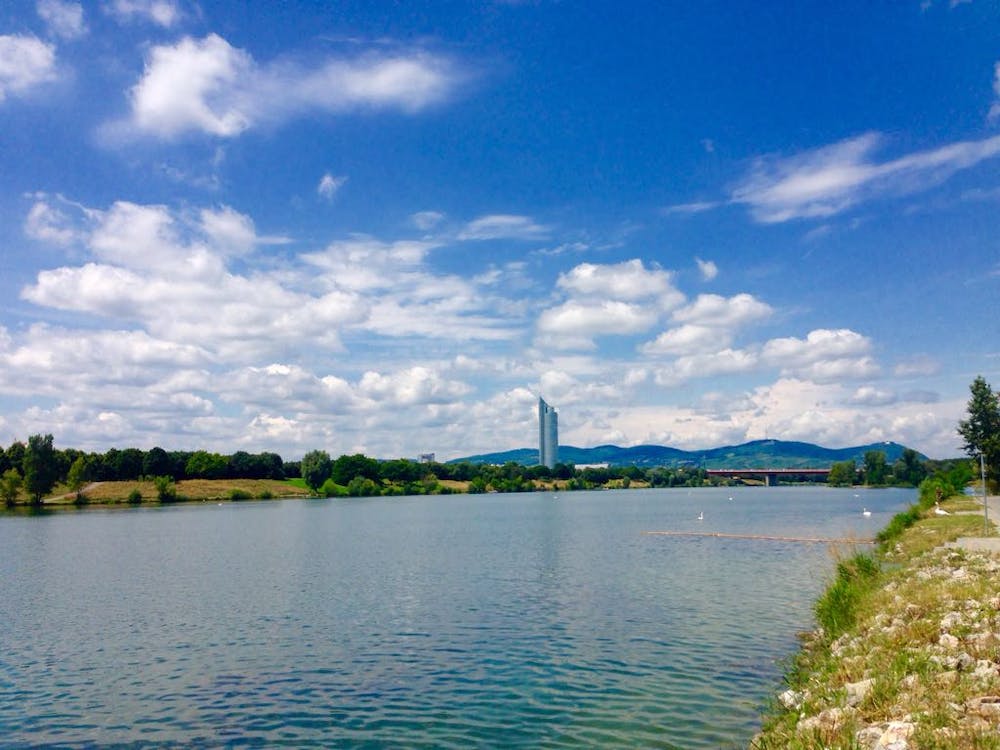 Unless Strauss junior had a problem perceiving colours, one can only assume he took creative license when naming his famous waltz: The Blue Danube. Not only the name is misleading, as the colour of the water is not blue. Also, the simple, beautiful tune hides a more capricious temperament, closer to its changing green-muddy shades. And he must have known this temperament well, even if he was only five years old when a destructive flood washed over Vienna, submerging the Augarten park in 1.75 metres under water.

The Danube’s relationship with Vienna has been a complicated one. Acting both as a northern marshy border and as highway for merchandise and ideas from the more developed West, the river behaved throughout the centuries as both a protective mother and a rather jealous master. The year 1501 records the most devastating floods in the city’s history: a disaster of varying magnitude that would repeat every century or so.

In the second half of the 19th century the imperial city went through a major modernization project: the impressive fortifications that defended it against its enemies were demolished and it also started a serious effort to tame the mighty river. For the second task, the engineer who designed the Suez Canal was brought in together with some of the equipment used in Egypt.

Nineteenth century Vienna was a booming city. Migrants from all corners of the Empire came to the city searching for a better living. Many of them, mainly those who could not afford something else, found accommodation in the Leopoldstadt (today’s second district), which is the district north of Vienna that was literally surrounded by the Danube’s meandering channels. The fin de siècle Leopoldstadt was the world’s center of the waltz: Johann Strauss senior played his last public concert here in 1849 and it was where Johann Strauss junior (“The King of Waltz”) wrote the Danube Waltz. However, although the Leopoldstadt loved the Danube waltz, the Danube continuously punished its inhabitants. Life is full of ironies.  Some help came in the form of technology: The first telegraph installed in the Empire was used to notify the Leopoldstadt’s inhabitants to pack and go before high water would reach them.  Only in 1870-1875 was the area protected against flooding, as part of the Danube’s regulation work.

The biggest flood control intervention took place between 1970-1980, with continuous improvements. The Danube in Vienna is today a complex system of channels, lakes, islands, using latest engineering ideas that have led to an ecological marvel that is great for swimming, navigation and social activities. The system is now calibrated to withstand a flood similar to that of 1501. (Ra)