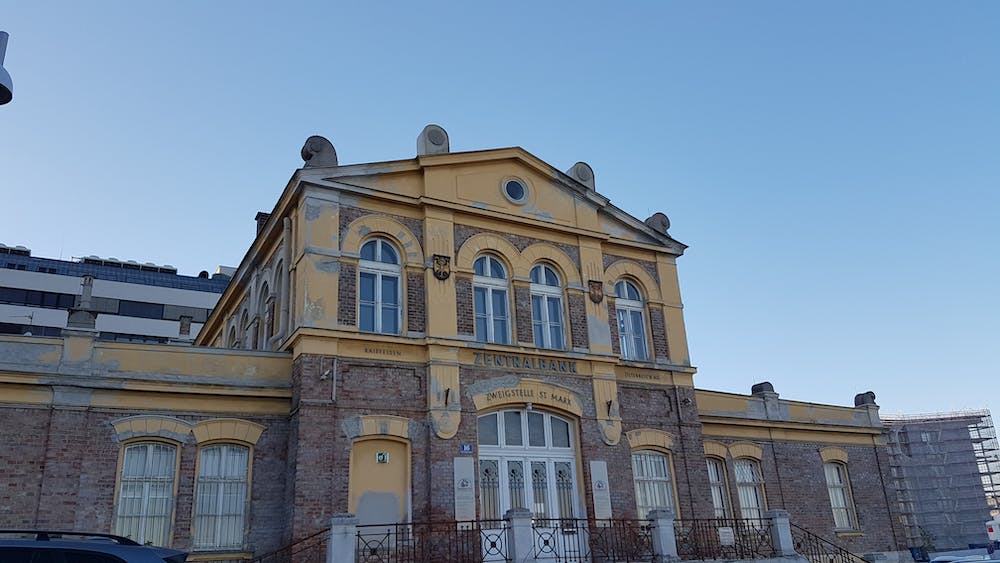 Some weeks ago we told you about the animal market at St. Marx. Such a large market naturally also meant that quite large sums of money regularly changed hands as animals were bought and sold – which required the establishment of financial institutions in order to be able to handle these transactions. If you walk around St. Marx today, you will notice a stately brick building with yellow trim, and the word “Zentralbank” emblazoned above the door. In fact, this was the Wiener Vieh- und Fleishmarktkasse (Vienna livestock and meat market bank) and it served the growing financial needs of the market in the 19th century.

Prior to the establishment of the bank and regulation of financial exchanges, much of the economic activity at the market was conducted via credit, which tended to benefit larger wholesalers and retailers to the detriment of smaller sellers. With the establishment of the bank, financial transactions became more regulated and prohibited individual sellers or traders from pocketing cash; instead, everything now had to go through the bank. In later years, the bank was also responsible for keeping a ledger of all livestock transactions throughout Austria!