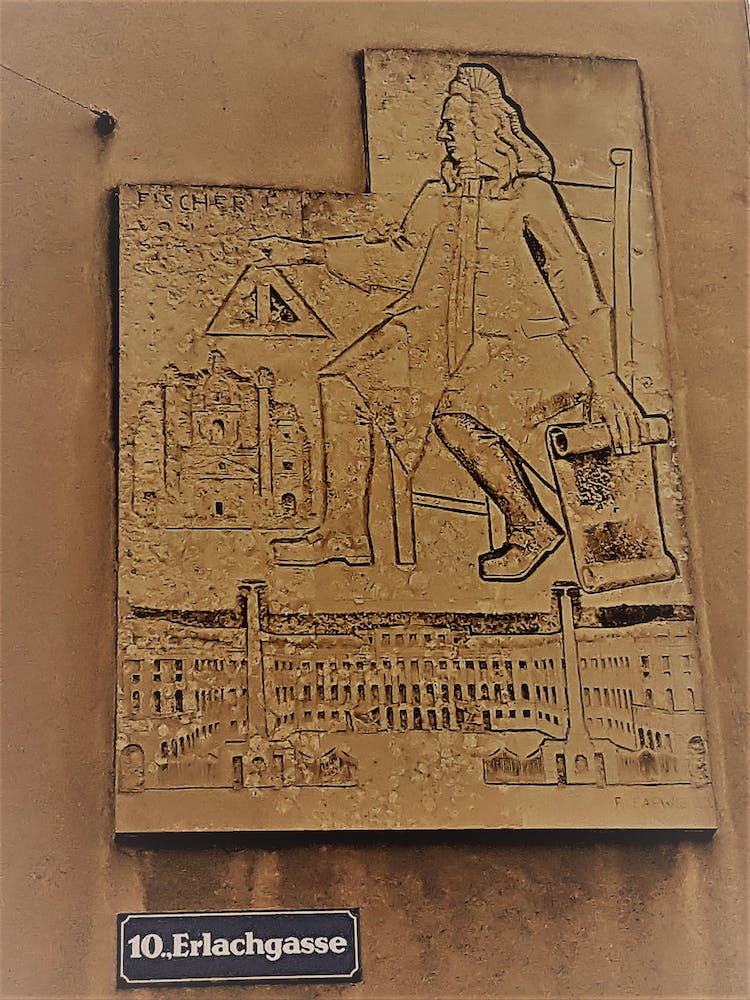 If you’ve been to the Austrian National Library, Schönbrunn, or the Karlskirche, then you have seen this man’s work. He is Johann Bernhard Fischer von Erlach, and he was one of the most influential and prolific architects of the Habsburg Empire. Born in Graz to a prominent family, he studied Baroque architecture in Rome before returning to Vienna and securing the position of Habsburg court architect. His original designs for Schönbrunn were so monumental and grand as to be almost inconceivable, which make the current structure look positively small by comparison. As it turned out, the designs were too grandiose even for the Emperor (and likely his pocketbook), so in the end Fischer von Erlach built the much smaller palace we are mostly familiar with today from 1696-1701; mostly familiar because it was significantly altered during the reign of Maria Theresia. While not apparent at Schönbrunn, one of his trademarks was the use of an oval shape together with high domes. This is in evidence at the Karlskirche, which is generally considered to be his masterpiece. Unfortunately he did not live to see the completion of the church as he died in 1723, but in his career he served three different Emperors and he is undoubtedly one of the very few architects to have left such a lasting impression on the cityscape of Vienna. Aside from this enormous posthumous presence in the city, he is also remembered in a number of smaller ways; one of these is by having a street named after him in the 10th district. Although it is not clear that Fischer von Erlach had any real connection to Favoriten, the street also features a mural of him and his most significant works in Vienna.  (C.G)