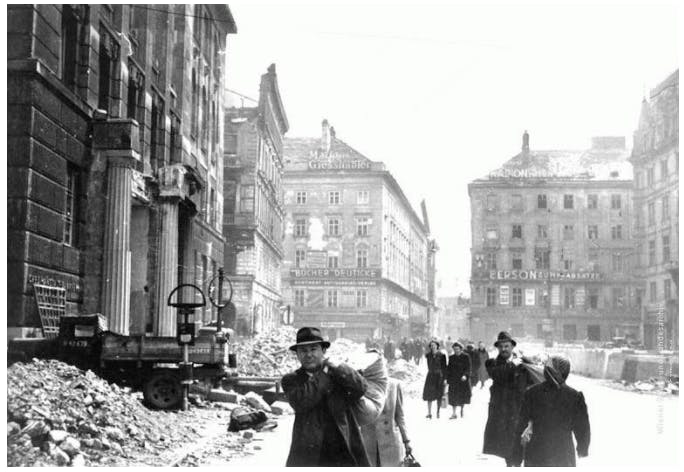 For some glimpses into post War Vienna, your SV explorer looked through the period articles covering the city in The New Yorker magazine. Most dispatches compare Vienna to Berlin. Vienna fares slightly better in all. The economic situation is dire in the first letter from February 1946. The black market is flourishing. Most looked after job is to be a driver for the Americans. Two thirds of the 1,8 million population of the city is made up of women, some of whom start to marry the Americans. People complain constantly: too little food and fuel, too many Russians. The Vienna State Opera burned for days and the Burgtheater was destroyed – all other theatres and opera houses are ‘open and doing excellent business. And they are heated, unlike Berlin’. Schwarzenbergplatz was re-named Stalinplatz.

In another letter, in 1948, the mood  is slightly improved, helped also by the Viennese new wine, which appears to be more readily available. The locals drink it and ‘wait for the occupation to finish, advancing possible days’. They start the evening believing that the Allies might retreat in one year or so. Towards the morning, it is more a matter of days. (the occupation ended in 1955)