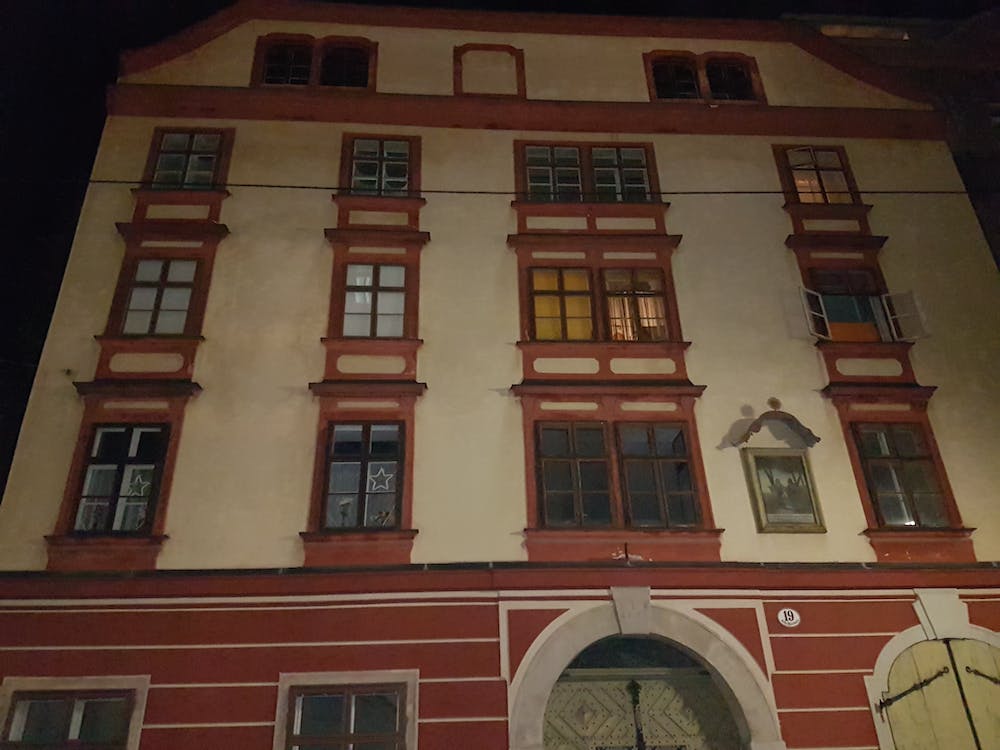 Remarkable buildings with interesting architecture can be found all over Vienna. One such building that recently came to the attention of your Secret Vienna Explorer is a large red building with ornate doors at Grosse Pfarrgasse 19 in the 2nd district. The earliest mention of a house standing at the this spot comes from 1565, but the area itself only really took on meaning after 1624 when Jews were banned from the city and forced to move there, effectively making it a Jewish ghetto. Although the street today bears the name Grosse Pfarrgasse (Large Parish Street) in reference to the Leopoldskirche (Leopold Church) located there, originally this was the site of a Synagogue. In the 1650s, a newer and larger Synagogue was planned to accommodate the growing population of the ghetto. However, this Synagogue was burnt down and never fully re-built ; instead, Jews were expelled from Vienna in 1670 by Leopold I, and the Leopold Church was built on the site of the incomplete new Synagogue. This is also how the 2nd district came to be called Leopoldstadt, which is surely an injustice to the former Jewish inhabitants of the area, but that is a story for another time.

The current Baroque building located just next to the church at Grosse Pfarrgasse 19 was built in 1736 by the aristocratic Bartolotti family, though the structural core of the building stems from the 17th century. The building is known as the Goldener Hase (Golden Hare), but your Secret Vienna explorer has not yet been able to figure out why. Another mystery is the unusual half-door placed just to the right of the main door to the building, the purpose of which is not entirely clear – perhaps one of you knows some of the answers? (C.G.) 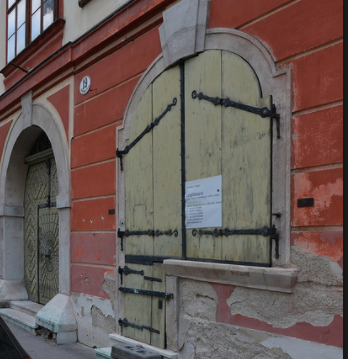