The story of the Hall of the Muses 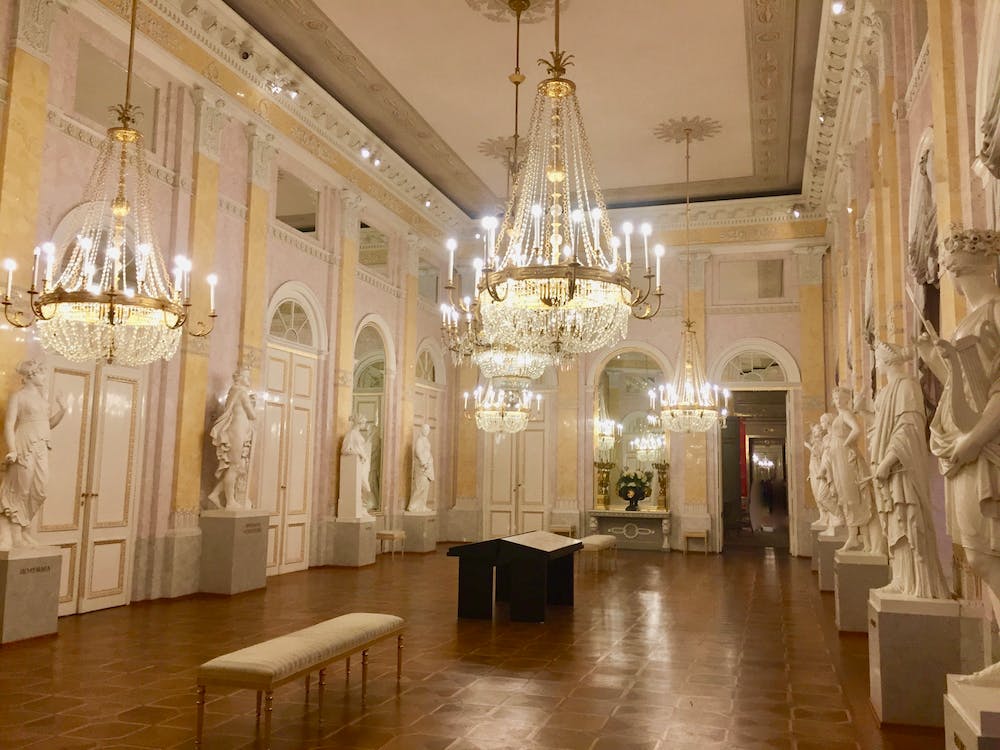 The other day your SV explorer visited the Albertina and managed to visit some of the beautiful rooms of the building. One of these rooms is the Musensaal (“Hall of the Muses”) that, as the name suggests, hosts sculptures of the nine Greek goddesses who preside over the arts and sciences.  A sculpture of the muses’ half-brother Apollo is also found there.  These sculptures were commissioned by Duke Carl and crafted by Joseph Klieber in 1822-1825. The crystal chandelier in the middle of the room has an interesting story. According to the Albertina, this chandelier dates back to the time of Duke Albert of Saxony-Teschen (Or “Berti” for his friends. Remember our story about “Berti and Mimi”?). The chandelier was placed in the middle of the room in 1822 and remained there until 1918. During the last years of WWI, it was removed for its protection and after several stations it went back to its original place only in 1972. The Albertina also informs us that in 2002 a note with the story of the origin of the chandelier was found on it during restoration work. Today, one can not only visit and admire the room, but if you like Yoga you can have a session there! (Cr).

Yoga in the Albertina: https://www.albertina.at/besuch/programm/yoga-in-der-albertina/ 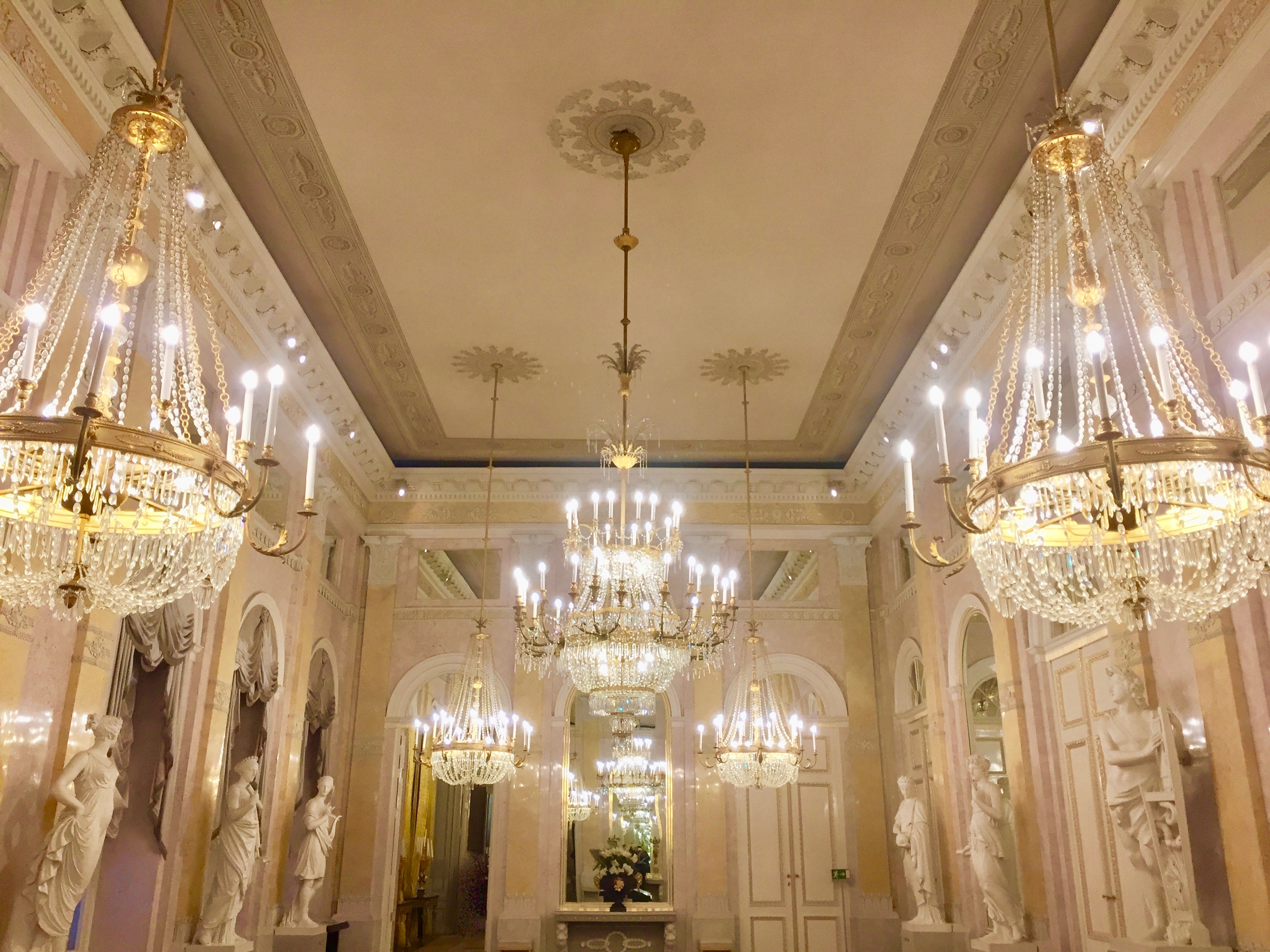