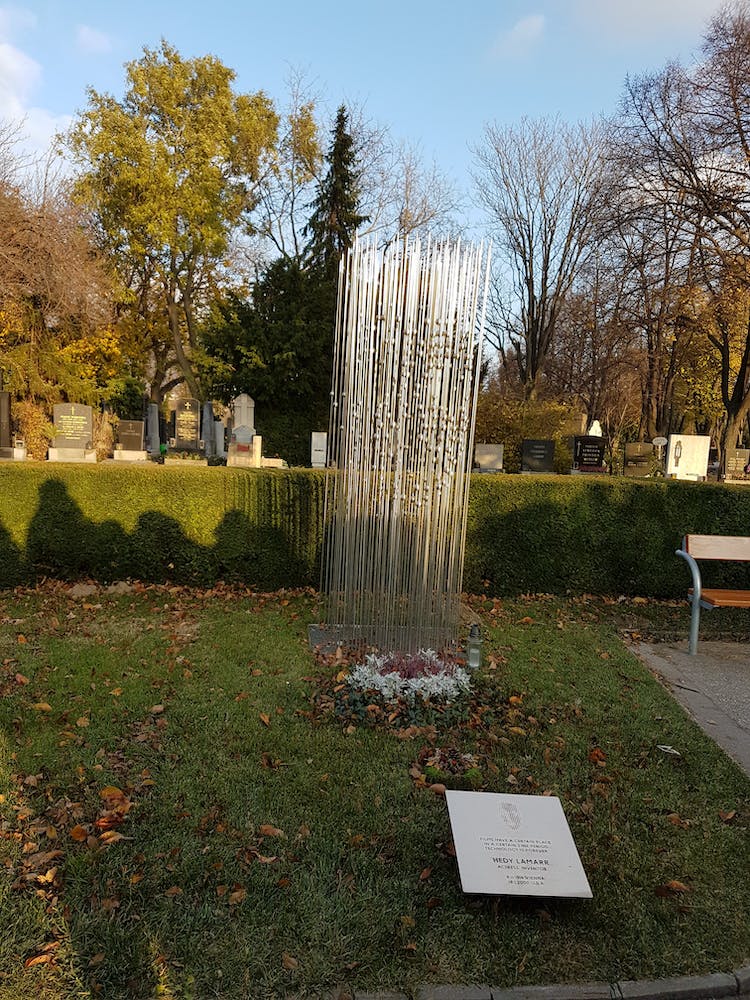 Surely one of the most remarkable women to come out Vienna in the 20th century was Hedy Lamarr. Born towards the very end of the Habsburg Monarchy in 1914, Hedwig Eva Maria Kiesler lived a long and eventful life. She came from an upper-class Jewish family, but was raised as a Christian.  She became known in Europe in her early days of acting for rather scandalous nude scenes and sex scenes, which her first husband in particular did not approve of. In 1933 she married Friedrich Mandl, reportedly the 3rd richest man in Austria at the time, and quickly became a prisoner in her own home. Her husband had strong ties to fascist governments in Europe, and Lamarr claims that both Hitler and Mussolini attended lavish parties at her home on more than one occasion. Although her husband was something of a tyrant from whom she would flee to Paris to escape, it was also through him that she first learned about military technology and applied sciences — fields in which she would make major breakthroughs that contributed massively to today’s information technology systems. It was only in Paris in 1937 that she took on the name Hedy Lamarr, a shortened version of her first name combined with the last name of a silent film star she admired. She continued acting, but became bored with it and began investing more time in inventing instead.

One of the people Lamarr worked closely with was the eccentric American aviation tycoon Howard Hughes, for whom she designed new airplane wings to make planes faster and more efficient. Her most famous invention though is probably a frequency-hopping radio signal that couldn’t be easily tracked or jammed, which she developed together with George Antheil during WWII. By this point Lamarr was living in the US, and her invention was patented in 1942 but never implemented during the war. Only decades later would the true value of her invention become clear: it is the basis for the wireless and bluetooth technologies we all use today. Towards the end of her life, Lamarr turned to plastic surgery to preserve her looks, and became increasingly reclusive. She died of heart failure in 2000 at the age of 85, and her ashes were spread in the Vienna Woods. Since 2014 she has had an honorary grave at the Zentralfriedhof, which is well worth a visit! (C.G)