I got 99 meters but the Rathausmann ain’t one… 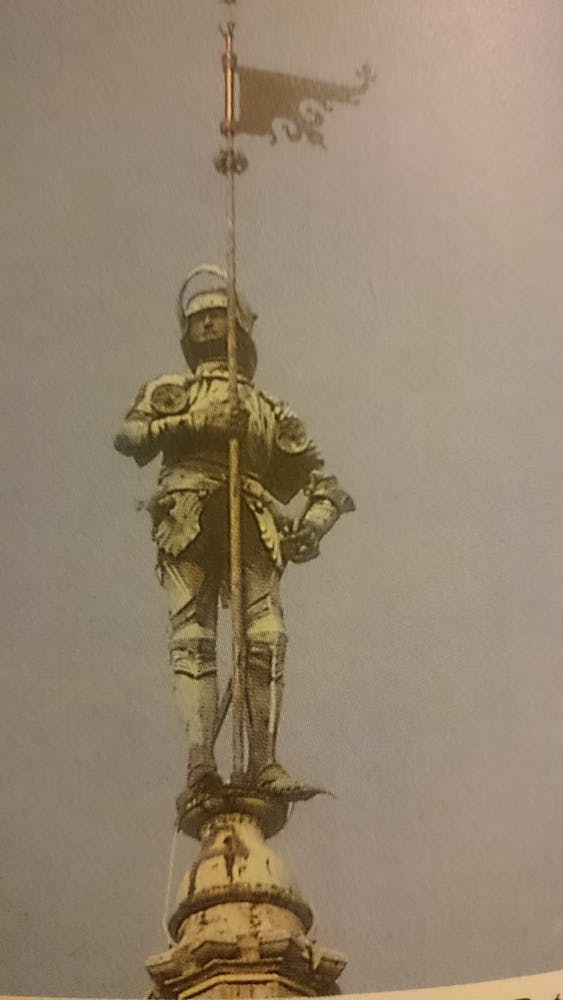 Have you ever walked past the Rathaus (City Hall) and wondered about the statue of the man on top of the central tower? While not particularly unusual, like most things in Vienna, this one has a story.  And it has to do with Kaiser Franz Josef, an assassination attempt, and the Votivkirche just down the road. You see, back when Franz Josef was a young Emperor living in the Hofburg palace, he often went for an afternoon stroll. On one such occasion in 1853, a young Hungarian nationalist attacked the 23-year-old Emperor, stabbing him in the back. He was reportedly saved by a heavy golden embroidery on his collar, but suffered a deep wound.

Following this unsuccessful assassination attempt, the Emperor’s brother took up a campaign to raise money from the people of the Austrian-Hungarian empire to build a church at the site of the attack, thanking God for the Emperor’s survival. This is what we now know as the Votivkirche, which was completed in 1879 and stands 99 meters tall at its highest point. Now you might be wondering, what does all this have to do with the Rathaus? Well, the Rathaus was built a few years later and, in accordance with the Emperor’s wishes, was not allowed to be taller than the nearby Votivkirche – that is, it could not be taller than 99 meters. And indeed, the central tower of the Rathaus reaches only 98 meters in height. That is, unless you count the statue of the knight, commonly known as the Rathausmann, standing 5.4 meters tall atop the tower. This then makes the Rathaus some 103 meters tall at its highest point, but since the Rathausmann isn’t technically part of the building, he doesn’t count….and thus, the wishes of the Emperor were followed in true Viennese fashion! (C.G)