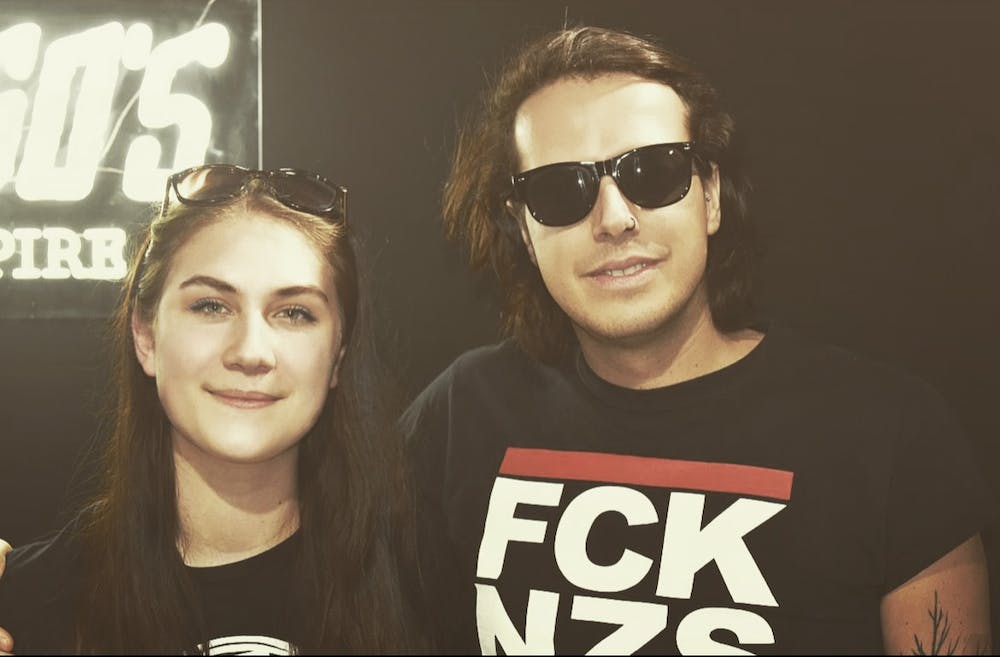 It is hard to describe Marco Pogo with just one profession, he’s a singer, politician, beer brewer and doctor. His path into becoming a Viennese politician was paved by the song “Bierpartei”, written for his band Turbobier in 2015. 2020 was the first year the Bierpartei (beer party) ran for elections. Even though the idea of forming a party started as a joke, Marco Pogo and the Bierpartei’s political aims are to be taken more seriously than ever before.

I got the chance to sit down with Marco for an interview about his political plans for the future, his deep connection to Vienna and the city’s art scene.

SV: Since we have many international blog readers, I want to start with the question, who even is Marco Pogo?

MP: A Viennese musician, politician, humorist, beer lover and entrepreneur. I have quite a few things going on at the moment, things I’m trying to finish and bring together.

MP: I’ve written a book (called Gschichtn), I have my own record label where I release new bands, but I also try to focus on my hobbies, like making music or producing videos. My everyday life is packed with different things that now come together, but as long as I have fun trying to reconcile this all I will keep on attending to them.

MP: I think we’re one of the last parties you can take seriously in Vienna (laughs). Humor is something I try to stick to, otherwise, you’d go crazy. But for example, we’ve been working with school kids to design a flag for human rights and now Simmering (Vienna’s 11th district) will be the first district worldwide with its own human rights flag. So, even though I will stay true to my dedication to beer, we want to make a serious contribution to our city and its political changes.

SV: Does the Bierpartei only address Viennese or also an international crowd?

MP: We don’t want to exclude anybody; our party doesn’t just address one electorate. For example, we have a great connection to Germany since most of our tours and concerts are played over there. Also, the Bierpartei homepage domain is “.eu”.

SV: What makes Vienna so special to you? You seem to be deeply rooted in the city.

MP: If you look at all those rankings about Vienna, you can see that we live in the most liveable city – something we can and should be proud of. Let it be the big variety or the kind of safety the city offers. Vienna is somewhat cozy, well-structured, and not too big for you to get lost. Which sounds pretty great to me.

SV: I want to stick with the topic for a moment. Since you’re part of our city’s art scene, is there anything you wish for when it comes to Vienna’s development in the future?

MP: Due to the pandemic, the locations are struggling. Vienna has great cultural offers, for anybody, no matter what they are into. Which is something we have to preserve, even though things probably won’t go back to the way they once were. It would be a great pity if only the big, commercial houses would survive and not our smaller clubs and venues. I hope that our variety, which is what Vienna stands for, won’t get lost.

We thank Marco Pogo and his team for this interview. Without a doubt, we at Secret Vienna will keep on following his further political and musical projects.