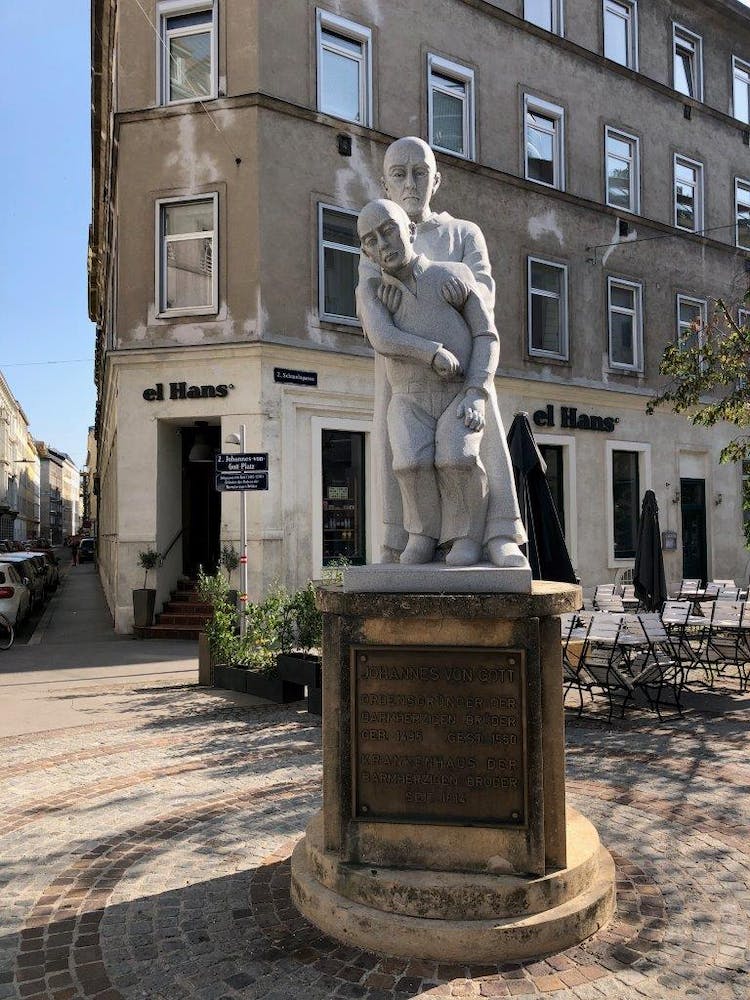 Walking in the second district of Vienna on a sunny day, your SV explorer found himself in front of this beautiful statue of Johannes von Gott (John of God) holding a sick person. John of God was born in 1495 in Portugal and during his life he founded a monastic order named The Brothers of Mercy. He built a house for poor people in Granada and after his death the Order started to spread in Europe, offering support to sick people.

The order arrived in Vienna at the beginning of 17th century. They came at the request of Prince Karl I of Liechtenstein, who was cared for in Italy by religious people. The Hospital (Barmherzige Brüder) in Leopoldstadt was founded in 1614 by Friar Gabriel Ferrara from Milan and in 1625 received permission to run a pharmacy. Both buildings exist today on Taborstrasse, close to the statue and the monument to John of Gott.

John received canonization  in 18th century and was declared John the universal patron saint of all patients and nurses.

Enjoy your Vienna walks and keep your eyes wide open, there is a secret for you around every corner.