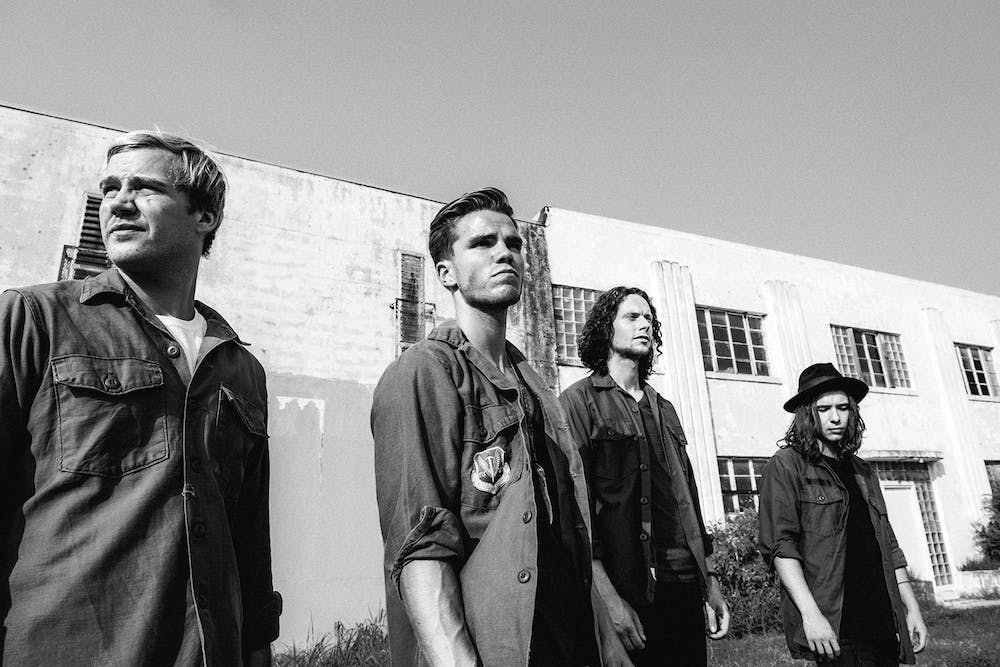 Most of you may know the band Kaleo from their song “Way Down We Go”, which was and still is featured in different movies, tv shows and advertisements. The Icelanders are playing their second show in Austria in January, and today I want to tell you a bit more about them, their music, and when you can see them play their first show in Vienna.

The band of four found together in their home country Iceland, ever since they were young, they were making music and learning how to play different instruments. In 2012 the band came up with the name “Kaleo”, meaning “the voice” in Hawaiian. Due to covering the Icelandic song “Vor í Vaglaskógi” the band was featured on Icelandic radio stations and in top 10 lists.

After touring Europe and coming out with another hit, “All the Pretty Girls”, the band signed with Atlantic Records and emigrated to Texas. Their first debut album, “A/B”, featured songs like “Way Down We Go” and “I Can’t Go On Without You”, leaving them to gain global popularity.

Their second album, “Surface Sounds”, (a playlist of their newest songs can be found here) was released earlier this year, combining different musical styles and telling stories with emotional and sociocritical backgrounds – such as “Skinny”, “Into My Mother’s Arms”, or “Free the Slave”. What makes Kaleo so intriguing – besides front singer Jökull Júlíusson’s (short JJ) gritty voice – is their giftedness of telling stories with their songs, no matter the topic.

None of their songs fit into just one genre. Kaleo’s music is made for whoever is up to jamming to powerful songs, but also up to listen to one or two messages about the way we perceive one another today. Even though JJ has stated multiple times that he wants his fans to come up with their own connections to his lyrics, one can definitely feel the love he pours into his songs.

Watching them play live is an experience itself. JJ’s mesmerizing voice will make you forget about the world outside for a bit, letting you live through the stories he’s telling and the picture’s he’s painting with his lyrics.

We got a chance to talk to the down to earth, friendly Icelandic singer, who spent the last few lockdowns in his home country Iceland. 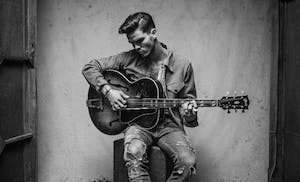 SV: You’ve played a show in Austria before, is there something that lets you remember the show or connects you to Austria?

JJ: Yeah, I mean, it’s been a while, unfortunately. I’m looking forward to coming back, but I have great memories. The last time we were there, I believe that was in 2017 or ‘18.

SV: Have you been to Vienna before?

JJ: Yeah, I’ve visited, actually one of my favourite cities, had a great time there. I did go on a cruise, and then honestly, it’s one of those cities where you just really enjoy being downtown and soaking up all the history and culture.

SV: We all have struggled with Covid quite a bit. Is there anything you wish for for the upcoming year?

JJ: I mean, we are beyond excited to get back on the road, honestly, having released an album since we last toured, but as you said, it’s been a very strange time. I think especially for musicians, and I think everyone is more excited than usual to go back and play live for people. Fingers crossed that everyone can come out and that we can do these shows.

SV: Would you say there are any differences in playing a concert in Iceland and the rest of Europe?

JJ: Probably, it’s a little different. At least maybe it’s mostly different for us. Iceland is of course home for us, but we haven’t actually been able to play in Iceland for a long time either. We recently did a collaboration, we’re supporting a local soccer team in our hometown, so we were able to do a small charity gig for them, to help and support them and that was very special. But we are also waiting to do a big show in Iceland.

SV: Is there a song you feel more connected to than some others you’ve written?

JJ: Some of them may be a bit more personal than others, I obviously do have to get quite personal with every song. But some may be more personal than others. I usually don’t talk much about my lyrics, because I enjoy the mystery that the listeners have without me telling them the story of the lyrics. I like that people have their own connections and the way they connect to the lyrics and maybe it means something different to them when I don’t come out and say exactly what I was thinking.

We thank JJ for his time, we are certainly excited to visit his upcoming concert! Don’t miss out on the chance to watch them play their first show in Vienna, a few tickets are still left. More information about the tickets can be found here