Mark Twain and Satan have a conversation in Vienna 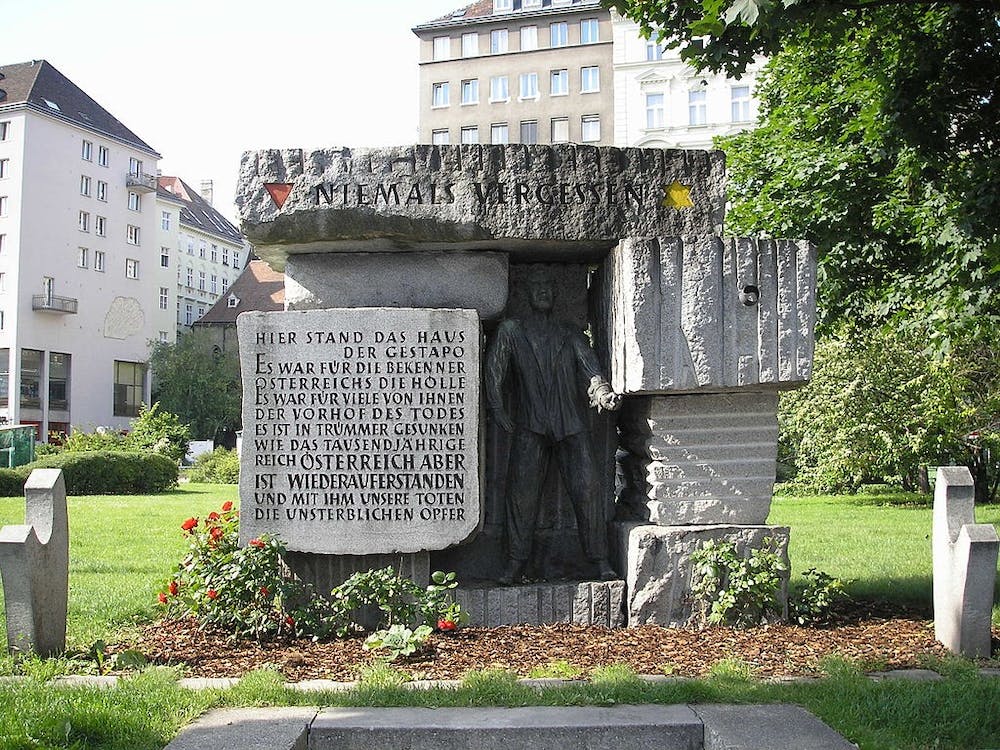 If death had a residence in Vienna, Morzinplatz could be just as good an address as any. And not because in Latin ‘mori’ means ‘to die’ and as a consequence ‘mortzi’ means ‘dead people’ in Romanian. In 1897 Mark Twain was living here in hotel Metropol, when news of his own expiry reached him. He replied: ‘The report of my death is grossly exaggerated’.

From the same address he started writing ‘A conversation with Satan’: ‘Satan would not allow me to take his hat, but put it on the table himself, and begged me not to put myself to any trouble about him, but treat him just as I would an old friend’. Then they start a highly civilised conversation about cigars.

Less than 50 years later, Satan visits again. Same place, different disguise. The hotel becomes the largest office of Gestapo outside Germany. More conversations take place until the Allies use a bomb for a full-stop. Rocks from a concentration camp quarry are installed on the site to remember those times and to provide proper punctuation for future conversations.(Radu)