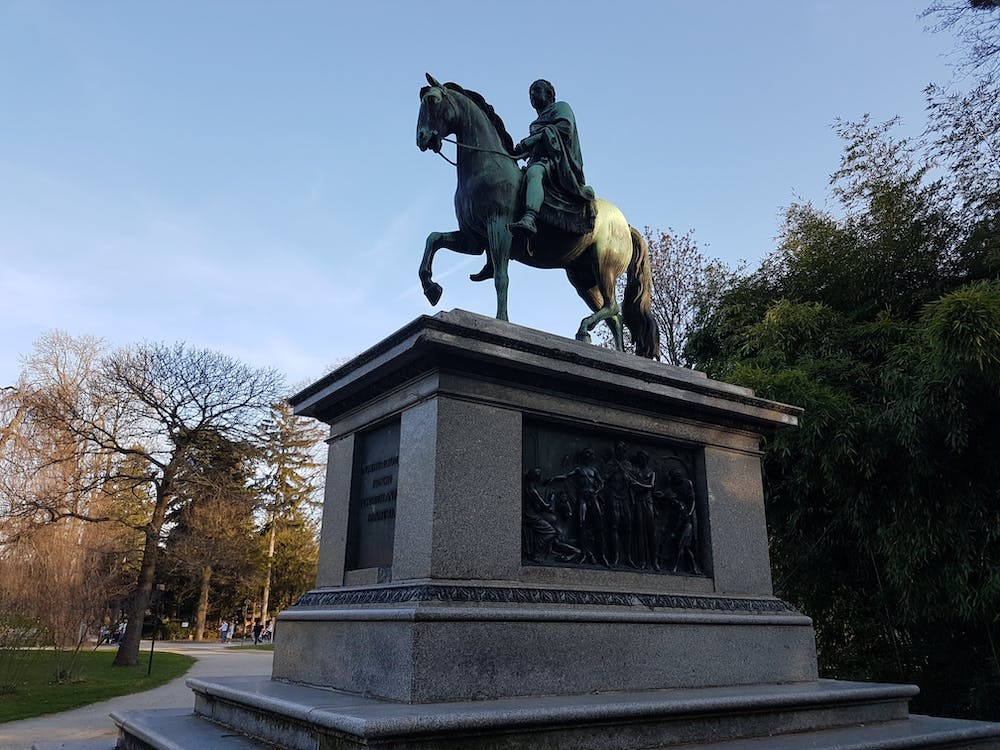 As the weather warms up, it’s a lovely time to take a stroll through the gardens at Schönbrunn. While meandering past the stoic statues and neatly trimmed hedges near the Palmenhaus, you may come across what looks to be a miniature statue of a horse and rider placed atop a disproportionately large pedestal. The shrunken dimensions of the horse relative to the scale of the pedestal give the whole thing a rather comical look. As you contemplate what kind of artistic vision could possibly have resulted in this kind of mismatch, you may start to have the nagging feeling that the whole thing looks somehow…familiar.

And indeed, if you have spent any time in and around the Hofburg, this horse and rider will surely be familiar to you. It is, in fact, a miniature model of the Kaiser Joseph II statue that stands tall at the Josefplatz, which was unveiled in 1807. The mini model at Schönbrunn was completed already in 1797, and originally stood in the gardens of the Laxenburg Palace to the south of Vienna, until it was moved to its present location in 1808. Both are based on a monument to Marcus Aurelius in Rome, depicting Kaiser Josef II in a similar position on a horse without a saddle, with Romanesque sandals on his feet; notoriously snooty, this was of course immediately met with scorn and derision by the Viennese population, who complained that after having spent so much money, the Emperor had to sit naked on his horse. But perhaps they could take some solace in the fact that the final statue was not quite as naked as the model…although they are nearly identical, the rather nude Hermes on the side relief of the model appears to have become altogether more modest on the larger, more public, statue! (C.G.) 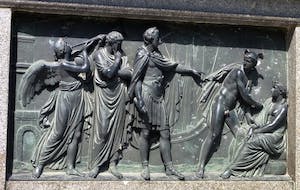 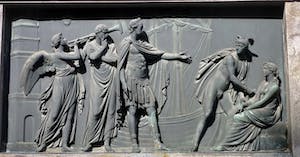