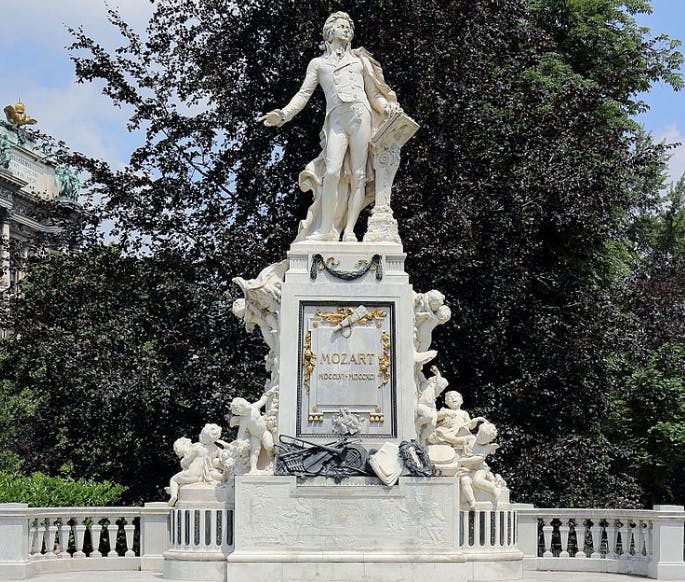 One of the most famous statues in the Burggarten is the Mozart Monument, located right by the entrance of the park and invariably surrounded by tourists with cameras. It seems such a natural part of the Burggarten these days that it is difficult to imagine it elsewhere – but indeed, this was not its original location. The statue is dedicated to Wolfgang Amadeus Mozart and was first unveiled in 1896 at Albrechtsplatz, today known as Albertinaplatz, where it stood until it was damaged during the Second World War. Only after being restored in the post-war period was the statue moved to its present location in Burggarten, where it has stood since 1953. The statue is 7.5 meters high, and is considered the greatest work of the sculptor Viktor Tilgner. Unfortunately, the statue probably also brought on Tilgner’s rather premature death. Although he had a known heart condition and recurring chest pain, he spent long and strenuous days working on the statue in order to have it ready on schedule. While he did manage to get the statue done in time, he suffered a heart attack the next morning and died just 5 days before the statue was unveiled! (C.G)