Of Glühwein and Christmas Markets 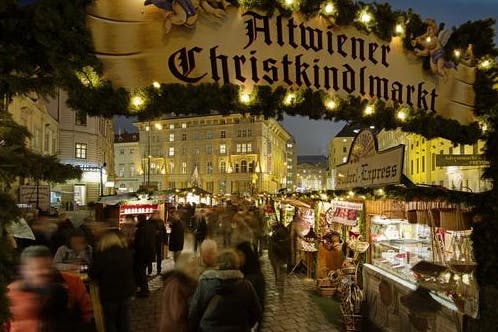 Although you could be forgiven for thinking it is still far away based on the unseasonably mild weather, it is just about time for the Christmas markets to open again in Vienna. Over the years the size and number of markets have grown to the point where it is almost impossible to walk through any central areas of the city without encountering at least one glühwein stand along the way. But what is the history of these markets in Vienna? Some claim that Christmas markets have existed here for over 600 years, going back to the markets that were held at the end of November after the renewal of the market laws in 1382. While it is true that markets were held during this time, in particular in the 14 days before and after the day of St. Kathrein on November 25th, these markets had nothing to do with Christmas.