Of Green Hunters and Drunken Cherubs 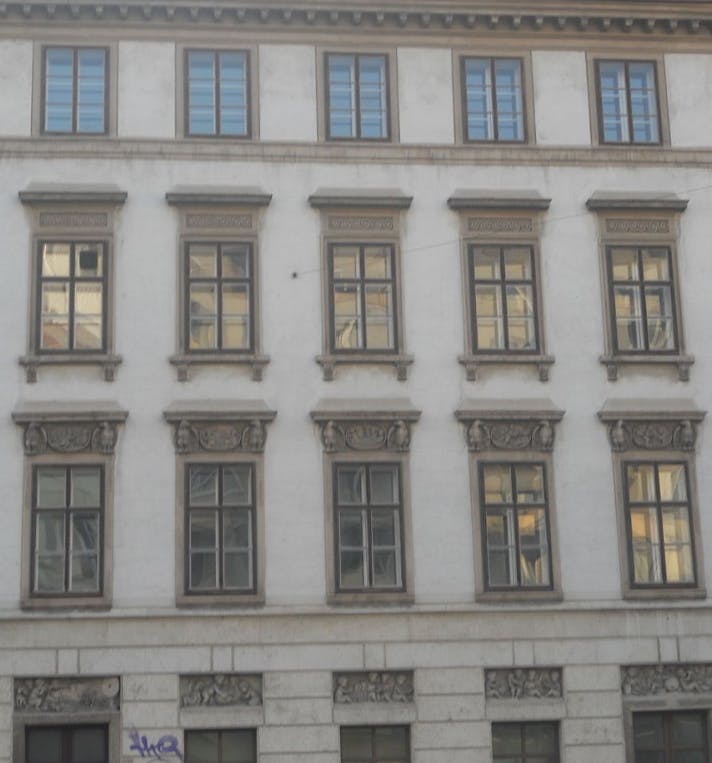 Walking along Praterstrasse, you might come along a rather ordinary building by Viennese standards, if not for the cherubs engaged in various amusements and activities across several panels of the façade. The house in question is located at Praterstrasse 27, and cherubim reliefs lead you to believe the building surely has some stories to tell, you‘d be right – the place has quite a history! The building is also known as ‘Zum grünen Jäger’ (to the green hunter), a reference both to the restaurant of the same name that was originally in the building after its completion in 1799, as well as to Praterstrasse, which was actually named Jägerzeile until 1862.

Prior to the restaurant, this parcel of land had been a garden that belonged to a building located at Zirkusgasse 10, which was first documented in 1588. After the garden was sold off, the current house was built in 1799, and became a popular place for local musicians and actors from the neighboring Leopoldstädter theater to socialize. Among the more famous guests were the composer Johann Lanner and Johann Strauss the Elder – in fact, it is said that it was here that Strauss held his very first public performance. Later, in the 19th century, art collector Leopold Eisvogel bought the building and housed his extensive and priceless art collection there. Though these times are long gone, the five cherubim panes on the façade remain – these represent archery, geography, literature, music, and the wine harvest. So look no further than Praterstrasse 27 for some angelic debauchery! (C.G.)

To explore more of the area, join our Prater tour: https://secretvienna.org/the-secrets-of-the-prater/

Or learn more about the Vienna’s musical scene by following the footsteps of Vienna’s musicians: https://secretvienna.org/english-tours/in-the-footsteps-of-viennas-musicians/ 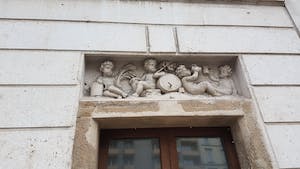