Of Hungarian Rebels and Long-haired Austrians 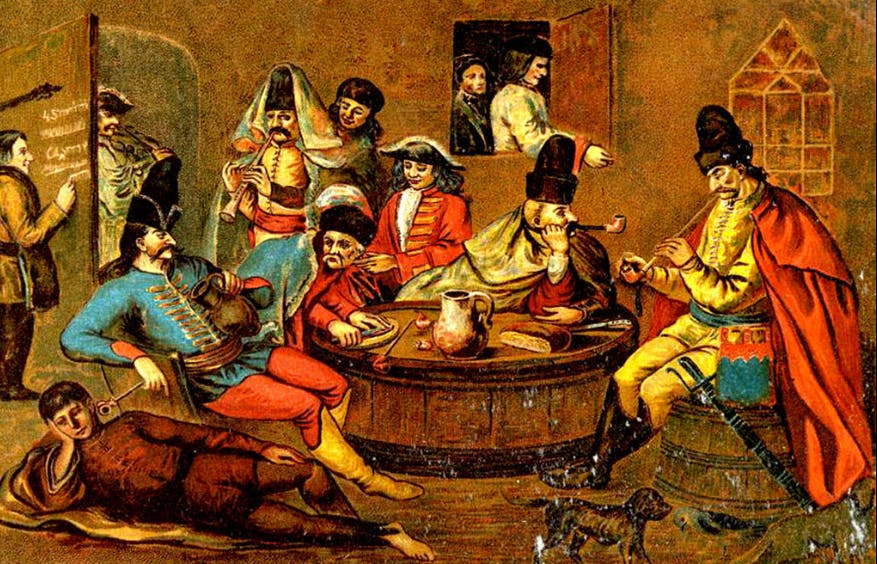 Over the years, the Habsburgs had many challenges to keep their Empire together, from the Turkish invasions, to strategic marriages and growing national sentiment among the populations of the crown lands. One thorn in the Habsburg side was the Kurutz army – a group of Hungarian rebels who actively fought and rebelled against Habsburg policies. They were made up largely of serfs and peasants, though some minor mobility also joined their ranks in protest against the Habsburg attempts to deprive impoverished nobles of their titles.

There were several kurutz uprisings beginning in 1672, when a group of ‘fugitives’ who faced political and religious persecution banded together, invaded Upper Hungary, and defeated the Habsburg army there. Their victory was short-lived though, because the Habsburgs responded by strengthening their troops, making peace with the local Hadjuk bandits who were fighting against Ottoman rule, and ultimately succeeding in pushing the kurutz back across the Tisa river. It was with this military success that the Habsburgs really began a systematic political and religious persecution in the Kingdom of Hungary, which most infamously included a trial in 1674 in which 300 Protestant pastors were sentenced to death, 47 of which were then sent to Naples to be sold as galley slaves. Although none of them were ultimately sold as slaves, the incident created outrage across Europe. There were further uprisings until 1711, but ultimately the Habsburgs prevailed and many of the former kurutz soldiers joined the Habsburg army. While it is unclear where the name Kurutz came from (the rebels never actually called themselves by this name), the name they used for the Austrians is much clearer: labanc, derived from the Hungarian word ‘lobonc’ and literally meaning ‘long hair’, was a reference to the wigs that Austrian soldiers wore at the time! (C.G)