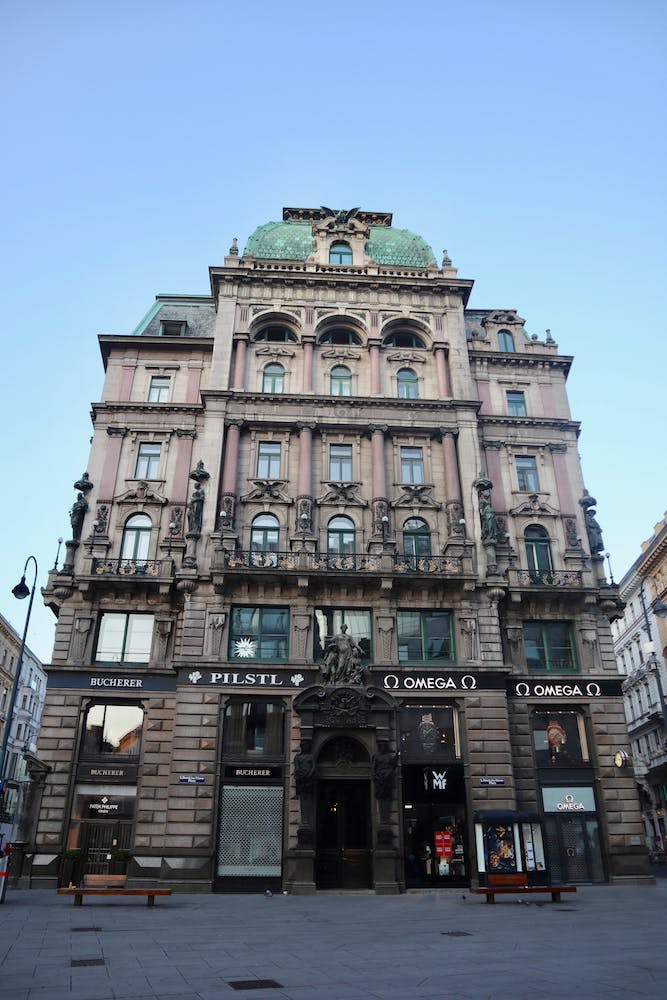 Have you ever wondered why one of the buildings near Stephansdom has a large American eagle on its facade, and a boat on the roof? Well, there is an explanation for both.

This building is called the Palais Equitable, and it can be found at Stock-im-Eisen-Platz 3.
In fact, the famous Stock im Eisen (Staff in Iron) from which the name of this square derives, is nestled into the corner of the Palais Equitable. The Stock im Eisen is the mid-section of a tree trunk from the Middle Ages into which journeymen pounded hundreds of nails over the years for good luck. It was already located on the wall of a house on what later became Stock-im- Eisen-Platz as early as 1548. 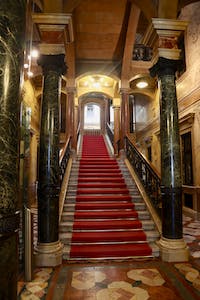 The Palais Equitable was only built in 1891, but intentionally incorporated the Stock im Eisen into its design. The Palais was built between 1887 and 1891 by the New York-based Equitable Life Insurance Company, which explains both the name and the American eagle taking flight at the top of the building.
Previously, five small medieval buildings could be found on this site, but they were demolished between 1856 and 1886 in order to expand Kärntner Straße. As the Palais was built by an American life insurance company, it is also one of the few palaces in Vienna to have been given the name “Palais” without having ever been an aristocratic residence.
The interior of the building is publicly accessible, and extremely ornate; especially the dramatic central staircase that was apparently intended to connect to a future subway line, which would have been a much more impressive subway entrance than the one actually built directly onto the street just next to the Palais. 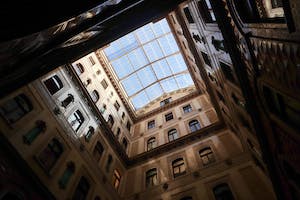 And what about that boat on the roof?
Well, it is a sailing ship and was merely added as a decorative element to symbolize the global activities of the Equitable Life Insurance Company…

We wish there were a better story to tell about the boat, but unfortunately, we’d have to make it up! 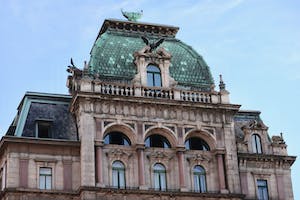