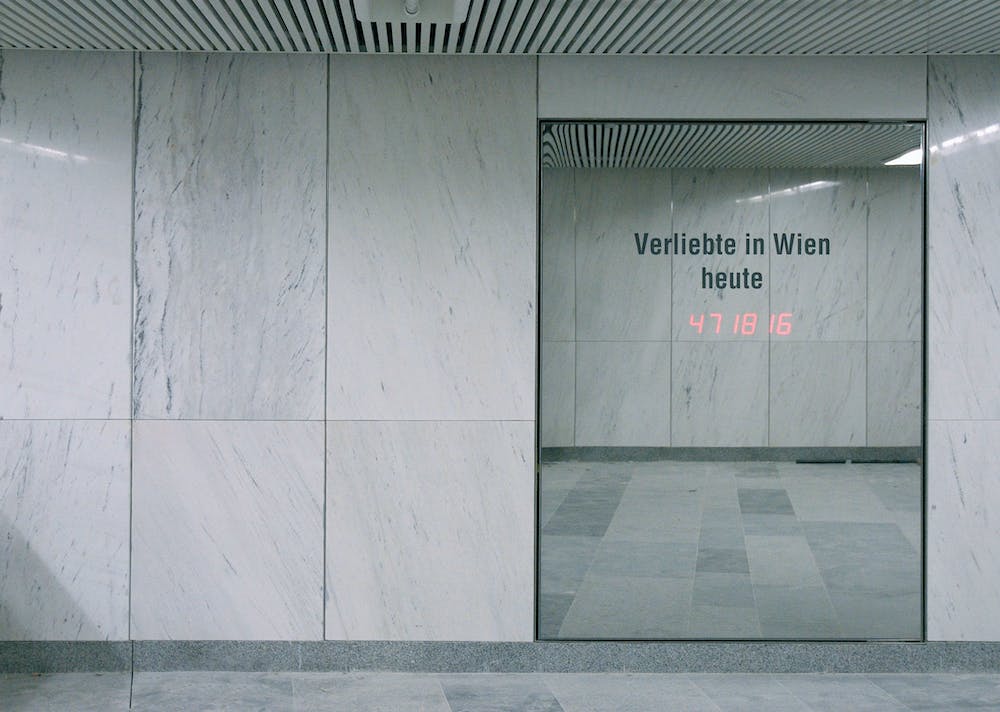 When rushing through the subway station Karlsplatz one cannot miss the 2006 Media installation Pi by Artist Ken Lum. At a total length of 130 metres, various statistical data is shown on a huge mirror, referred to as factoids, as Ken Lum calls the constant changing red numbers. Factoids can be both countable facts and trivialised information that is translated into numbers. Positioned in the middle area of the pedestrian passage is the representation of the number Pi with 478 decimal places.

Several serious issues are reported in real time, such as the worldwide number of malnourished children or the total world population. Also, data about less serious topics such as the number of Schnitzel consumed in Vienna since January 1st or the current number of lovers in Vienna is shown. The installation is reminiscent of a news center that gathers information of various kinds, and the audience experiences a work of art that continuously incorporates up-to-the-minute information. Most of these are precisely collected and complex datasets, bringing the difference between local and global references into play. The media art confronts pedestrians with socially, ecologically and economically meaningful facts in the form of constantly updated data. Through the mirror, the artist involves the passers-by in the flow of information, thus linking the experience of individuals to general processes under the conditions of globalization and stimulating a critical view. “Pi” is meant to show that there is a strong link between art, science, architecture and sociology. The aim of this project was to turn Karlsplatz into a “pulsating meeting place, an artistically communicative meeting place with radiance” (JE) 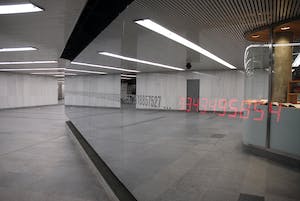