Ronacher: A theater by any other name 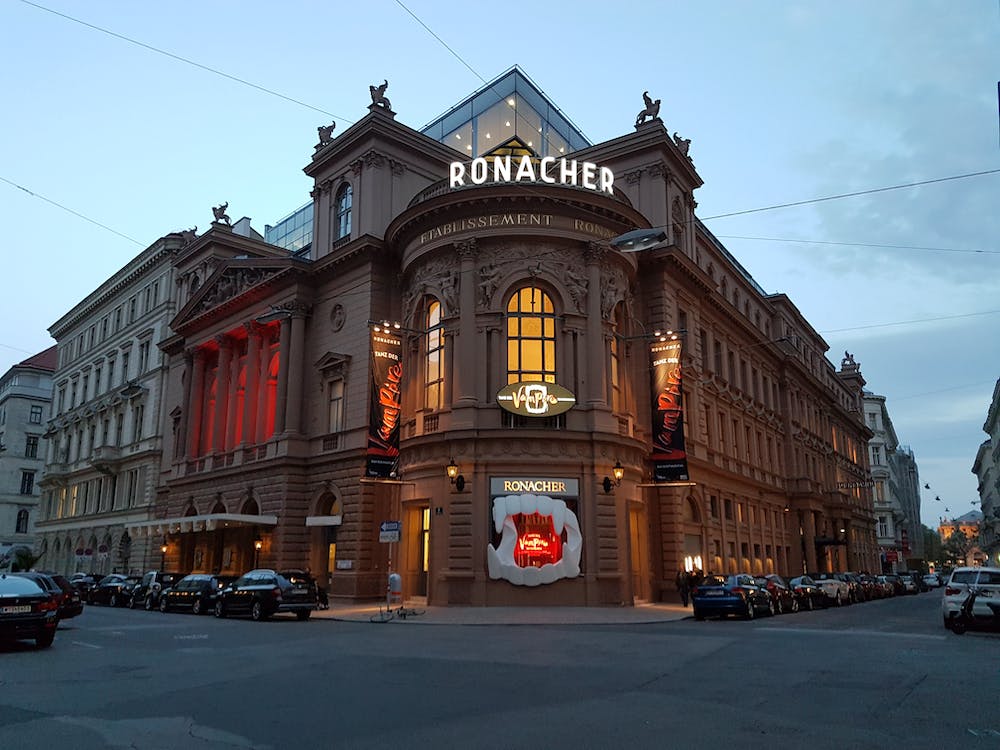 We all know the Vienna takes its theater scene seriously, but how much do you know about the theaters themselves? The Ronacher in the 1st district is, together with the Theater an der Wien and the Raimund Theather, part of the United Stages Vienna and is almost fully owned by the city of Vienna. The theater was originally called the Wiener Stadttheather and was built in the years 1871-1872 by the father-son architect duo of Ferdinand Fellner the Elder, and Ferdinand Fellner the Younger. The younger Ferdinand would come to be one of the most prominent theater builders in the Habsburg Empire, and often commissioned famous Austrian artists to decorate the interiors of his theaters  — in the case of what is now the Ronacher, this was done by Eduard Veith, but Fellner also often collaborated with Gustav Klimt. The Wiener Stadttheather was built as a theater for the middle class that was meant to compete artistically with the imperial theaters of the court. The original building unfortunately burned down in 1884, and Ferdinane Fellner the Younger was again the architect, though this time without his father who had died in the meantime. Another thing that had changed in the meantime was the introduction of fire safety regulations – this meant that the building, which was not free-standing on all four sides – could not be re-built as a theater. The building ruins were purchased in 1886 by Anton Ronacher, who quickly found a way to circumvent the new laws, and established a music hall and variety theater in the building – which you must agree is not a theater at all and therefore perfectly permissible! This new establishment was equipped with tables and chairs where guests drank, ate, and smoke while entertainers performed. The Ronacher also had electrical light, which was still somewhat of a sensation at the time, and an adjacent hotel. In its early years, the Ronacher was popular among the Viennese aristocracy, but as word of the elaborate shows spread, it became increasingly popular among the working classes, which drove away the nobility. In the years since, the Ronacher has returned more to its theatrical roots, staging operettas and musicals. As fun fact about the Ronacher family is that Anton is not the only one to have founded a lasting Vienna institution: his brother Jacob Ronacher founded the Cafe Sperl, which was originally called Cafe Ronacher! (C.G.)