Round and round it goes….. 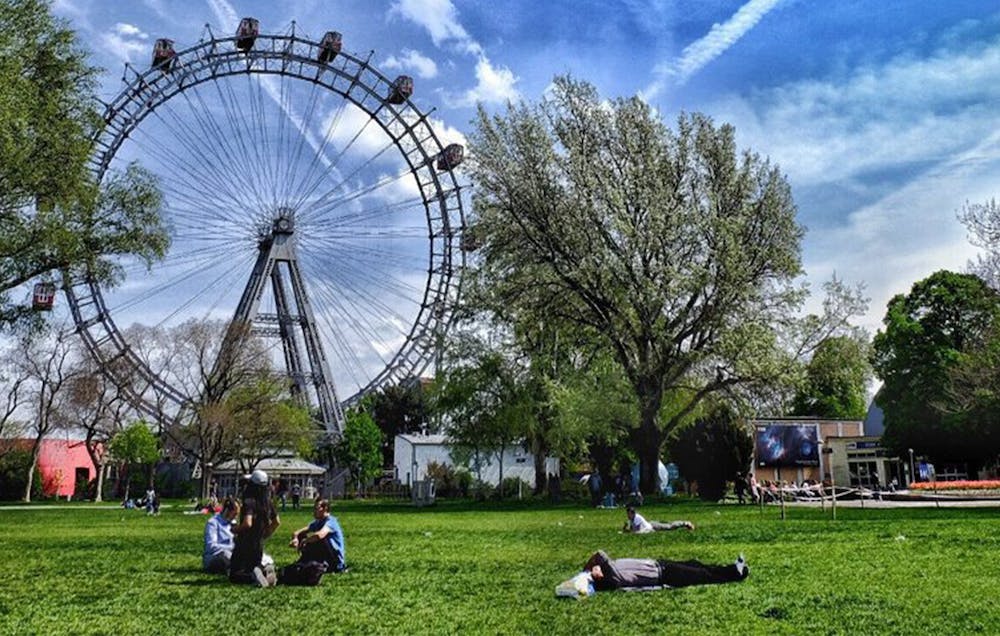 A true Landmark of Vienna the panoramic wheel at the Prater. So big, so unique, so original! Distinctive! Mmmhh, think again. The Panoramic Wheel was built by a British engineer – Walter Bassett – who also built three more in London, Paris and Blackpool! Is Vienna’s the tallest? No.The oldest ? No.The original ? No, it was also rebuilt after World War II. The number of gondolas was reduced from 30 to 15 (check the differences between our Secret Vienna original picture of yesterday and the Getty’s image of 1935). So what does it make it so special? It survived and it is still functional. It entered in our common memory. Furthermore there is a wonderful scene of “The third man movie” shot on board: The third man – Panoramic wheel scene SV