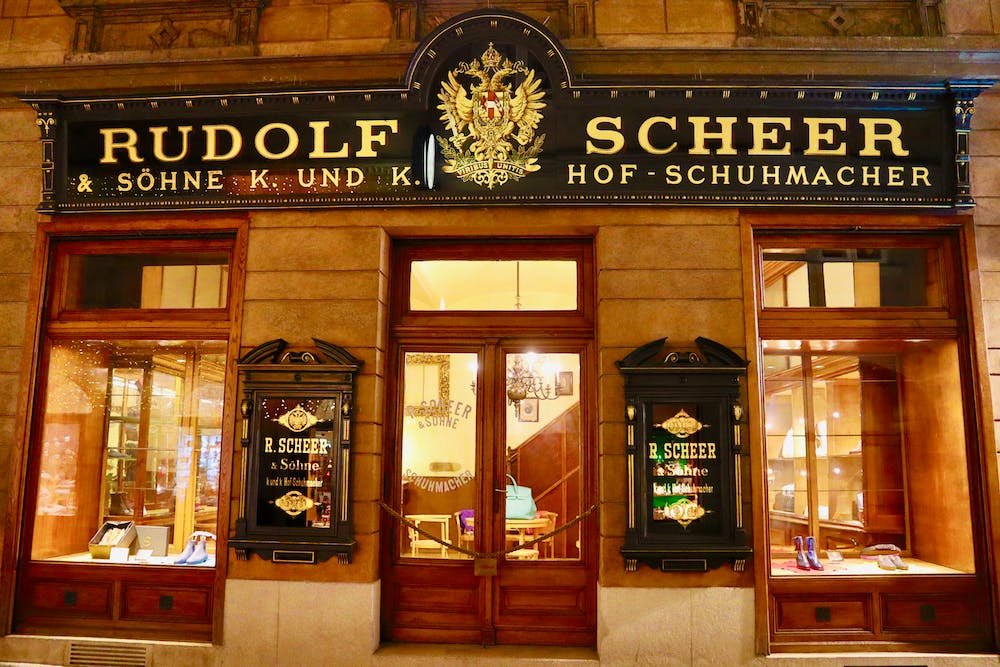 For the true shoe connoisseurs, Bräunerstrasse 4 in Vienna’s first district is a sort of pilgrimage destination. It is the home address of Rudolf Scheer & Söhne. Founded in 1816, it is the oldest bespoke shoemaker in world. It is a family business that is making shoes for seven generations now. The highest recognition of the quality of their products came first in 1878 when the business was named imperial court purveyor by the Habsburg dynasty.

The philosophy of the Sheer brand is to create shoes of exquisite craftsmanship and elegance, matching perfectly not only the feet of the owner but also their personality. Buying the shoes begins with a customer interview and is followed by initial measurements and, later on, three fitting sessions. Mr. Scheer, the owner, wants to know personally each customer. As a result, each pair requires at least sixty hours of labor to make and the company produces an annual output of around 300 pairs. The leather is still stored in the owner’s – Markus Scheer – grandfather’s old bedroom and includes hundred-year-old samples of calfskin and crocodile hides.

Dressing like a king does not come cheap, as the prices go upwards 6000-7000 EUR. But if shoes are your thing, who cares about the money… (Ra).