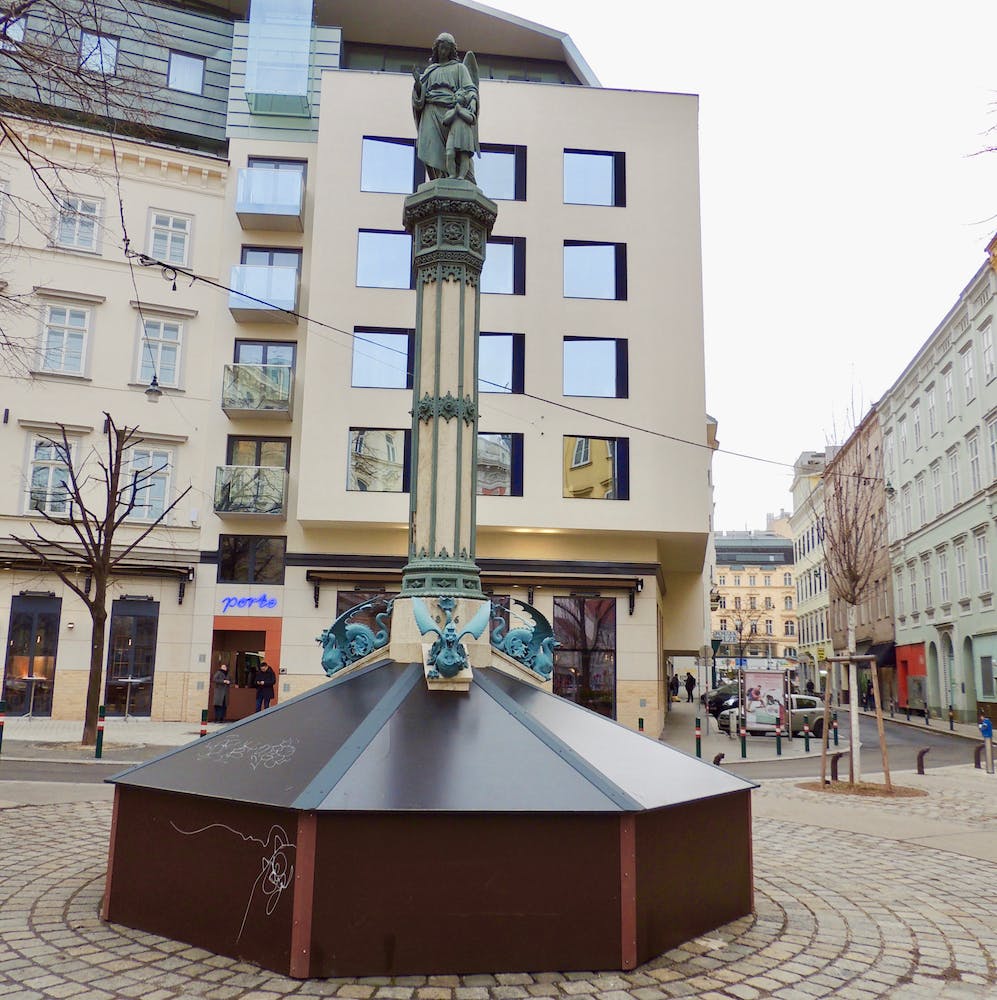 Guardian angels are a widespread phenomenon. Many different cultures throughout history have believed that individuals, groups, cities or entire countries are protected by spiritual beings. In Vienna this idea is manifested in the Guardian Angel Fountain.

Its octagonal basin is crowned by a column on which a guardian angel shelters a small child. The water outlets at the foot of the column are designed as four dragons, each bearing the city’s coat of arms. Although the fountain blends in quite harmoniously with its surroundings on Rilkeplatz in the fourth district of Vienna, it did not always stand there. In fact, it was originally made for the square in front of the nearby Paulanerkirche. In 1843 a connection to the so-called Kaiser Ferdinand water pipeline was established there. After a rather simple basin had been erected, the local council decided to have a more elaborate fountain built. The commission went to no other than August Sicard von Siccardsburg and Eduard van der Nüll, the architects known for having built the Vienna State Opera (1861-1869). In collaboration with J. Preleitner and F. Pratner, the craftsmen who carried out the design, they completed the fountain in 1846. It is unclear at which point of the creation it was decided to place a guardian angel on top. It is however likely that the motive was inspired by the Paulanerkirche, which is dedicated to the holy guardian angels. Thus, the church and the square in front of it were thematically linked. After remaining in front of the church for many years, the fountain was moved to Rilkeplatz in 1963 to take the place of a previous fountain, which had been destroyed as a result of the Second World War.

Fun Fact: Not far from Rilkeplatz there is a second fountain with a confusingly similar name, Engelsbrunnen (angel fountain). Stay tuned to find out why its name is somewhat misleading and why it stands so close to the Guardian Angel Fountain! (CH).