Get to know your secret explorers!

Vienna is effortlessly beautiful. It captures the romance and majesty one pictures when thinking of a historic western European city while also presenting itself as modern, in touch, and perfectly livable for any and all. To many newcomers, Vienna’s splendor is easily seen in the details of its palaces, the quiet holiness of its cathedrals, and the special tradition of its coffeehouses. But to a particular group of visitors, Vienna, though truly a sight to behold on the surface, had a double portion of beauty tucked away in its hidden courtyards, ancient writings, and secret alleys – a kind of beauty that needed to be shared with the world.

So began Secret Vienna, a blog in which we could share our discoveries with the community around us. Our articles focused on our curious findings, bizarre stories, and took viewers behind the scenes of everything from well-known statues to easily missed numbers atop door frames. The exposure of Vienna’s well-kept secrets attracted the attention of passionate tourists and local readers alike, inspiring the bloggers to think bigger than they’d previously imagined.

In 2017, Secret Vienna grew from a blog into a tourism company, bringing its fun and mysterious articles to life by working with licensed, informed and enthusiastic tourist guides. With its viewership increasing, today at a steady 16,000 followers on Facebook, Secret Vienna expanded to ten contributors and eight licensed tourist guides in order to better accommodate the growing interest in the group’s unique perspective into Vienna’s vast and complicated history. In the beginning, our tourist guides offered an in-depth look into exciting secrets both above and, literally, below the surface in our Behind the Scenes tour, taking tour participants through secret alleyways and under Vienna’s busy cobblestone streets. We then increased our tour repertoire by adding over 30 different unique tours, workshops and experiences.

Our vision is to share Vienna’s rich history and endless beauty with both locals and tourists. We strongly believe that Vienna has a lot to offer and strive to dig deeper and create unique products that enable others to experience it the way we do!

We want to become the choice of conferences looking to entertain their participants, universities looking for orientation activity for their students or for locals searching for a cultural experience they can book together with their guests.

Lastly, through our blog articles and stories, we aspire to become a source of information for all those who share our passion to Vienna and want to learn more about this extraordinary city and its fascinating history! 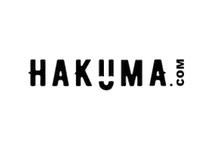