Secrets of the U2 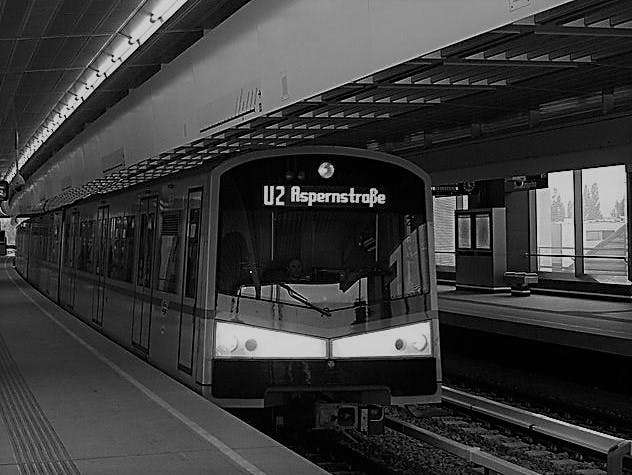 One of the things that makes Vienna such a highly livable city is the public transportation system. Although often taken for granted, even the seemingly mundane and pedestrian (ha!) Ubahn system has a story to tell; in this case, it is the story of the U2. Long one of the shorter and less frequented subway lines, the U2 has come into its own in the last few years. The name of the U2 line references a far earlier mode of public transport, which were the trams of the so-called Zweierlinie (or 2er-Linie). The Zweierlinie was a concept that all Viennese in the period between 1907-1980 were familiar with, which were tram lines that had a letter followed by the number 2 to denote that these lines did not cross the ring but rather ran parallel to it. Some of the better-known Zweierlinie lines were the H2, E2, and G2, all of which traversed to and from Praterstern and were replaced with the U2 subway line when it opened in 1980 – the name U2 being a deliberate homage to these earlier lines.

Another curiosity of the U2 that longer-term Vienna residents may remember is the station Lerchenfelderstrasse. This station was located between the Rathaus and Volkstheater stations and was in operation until 2003. Up until this time, the U2 was not heavily traveled and was serviced only by short trains. However, with the extension out to Stadion which opened in 2003, it was decided to replace these short trains with longer ones, which required several station platforms to be elongated. This meant that already close Volkstheater and Lerchenfelderstrasse stations would become even closer, with virtually no distance between them. However, the Volkstheater station was an important connector station to the U3, so it was decided that the Lerchenfelderstrasse  station would be closed. All of the signs and benches were removed, but if you pay attention, the platforms can still be dimly seen when passing through! (C.G.)