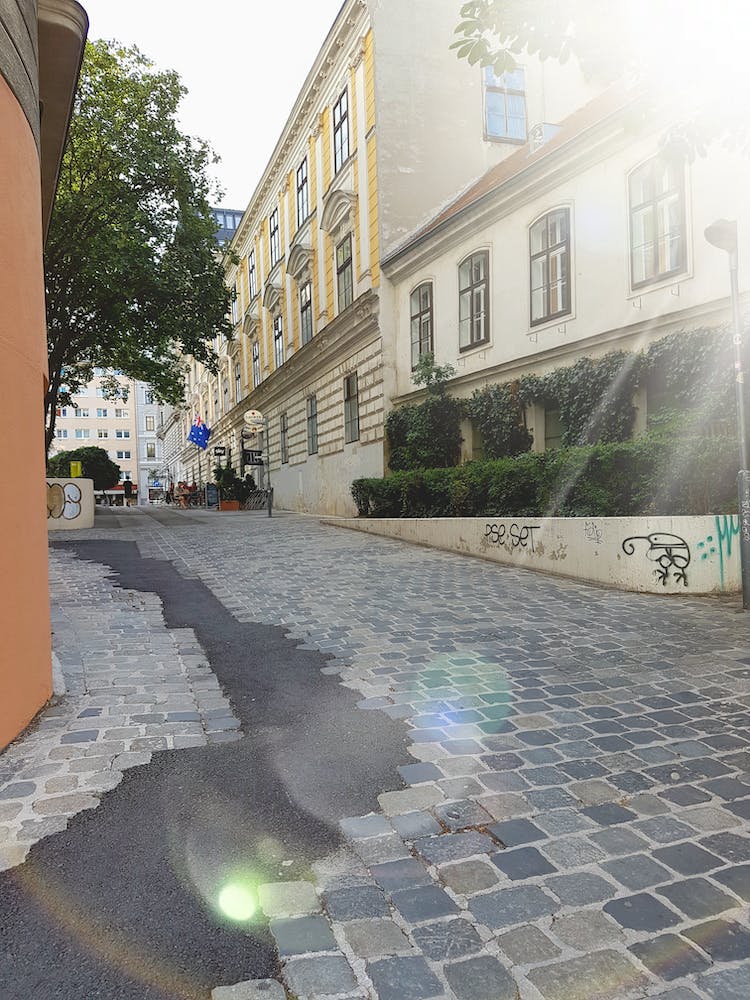 A cute and cozy street in Vienna that is worth a few minutes of exploration if you happen to find yourself in the 6th district is Magdalenenstrasse – which, despite the name, is much more a gasse than a strasse. And it has a long history, first appearing in official documents in 1756. The name comes from Magdalenengrund, which was one of the smallest suburbs of Vienna until the middle of the 19th century, when it was incorporated into the Mariahilf district. Magdalenengrund in turn is named after the Mary Magdalene Chapel, which used to stand right next to the Stephansdom above the spot where the Virgilkapelle still exists today. In fact, the outline of the so-called Maria-Magdalena-Kapelle can still be seen at Stephansplatz today as a reminder of where the chapel once stood.

But why should a tiny Viennese suburb along the Vienna river be named for a chapel in the city center? Well, this was because the Brotherhood of the Mary Magdalene Chapel owned some plots of land there from the 14th century, which originally consisted mostly of vineyards and some small huts. Only at the end of the 17th century did this give way to fields and small housing communities, which officially came to be called Magdalenengrund in 1756. Unofficially, however, it had another name: Razenstadl. This comes from the word “Raizen”, which historically referred to the Serbian population of the Habsburg empire. And because many of the first Serbs in Vienna settled in and around today’s Magdalenenstrasse, the area was popularly named after them. (C.G.)