Sex at the Secession 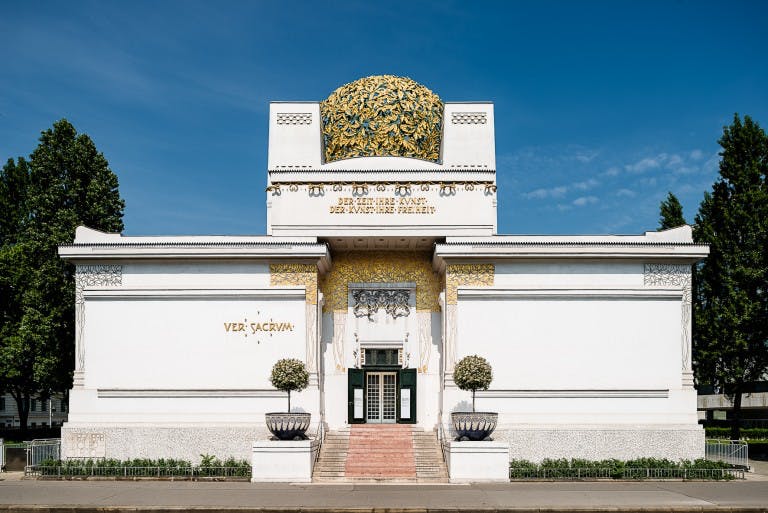 The Secession building, with its recognizable goldleaf-covered sphere floating over the Linke Wienzeile, has courted scandal and intrigue since the very beginning. As an artistic movement, the Secession was a break with the traditional conservatism of the Austrian art scene and its orientation toward Historicism. Although the building itself, constructed in 1897/1898, has been generally well-received, it’s golden sphere has not infrequently been compared to a head of cabbage and the famous Beethoven frieze — for which it is now known was – also a scandal at the time. However, even in recent times the building has been at the center of some peculiar affairs.

One of the more unusual exhibitions (in every sense of the word) to have taken place at the Secession was a full-on swinger’s club, which operated in the building for several months in 2010. During the day, visitors to the museum were led through the rooms and confronted with the mattresses, toys, and various accoutrement of the previous night’s activities while viewing the famous Beethoven frieze and other artworks. But it was only after sundown that things got really steamy: the swinger’s club Element6, normally located in the 7th district, relocated its normal operations to the Secession and opened its doors to swingers from Tuesday through Saturday from 9pm until the wee hours of the morning. The aftermath was then again viewed by the visiting public the next day. Needless to say, this was the kind of exhibition for which there was a strict age limit, whether by day or night! As an installation piece by the Swiss artist Christoph Büchel, the Secession sex club was meant as a provocative test of people’s sexual inhibitions – and provoke a response it did. But for a museum whose most famous member was an artist frequently denounced for art that was considered scandalously obscene and pornographic, it seems a perfect fit! (C.G.)