Skiing inside of a train station: the story of Vienna’s Schneepalast 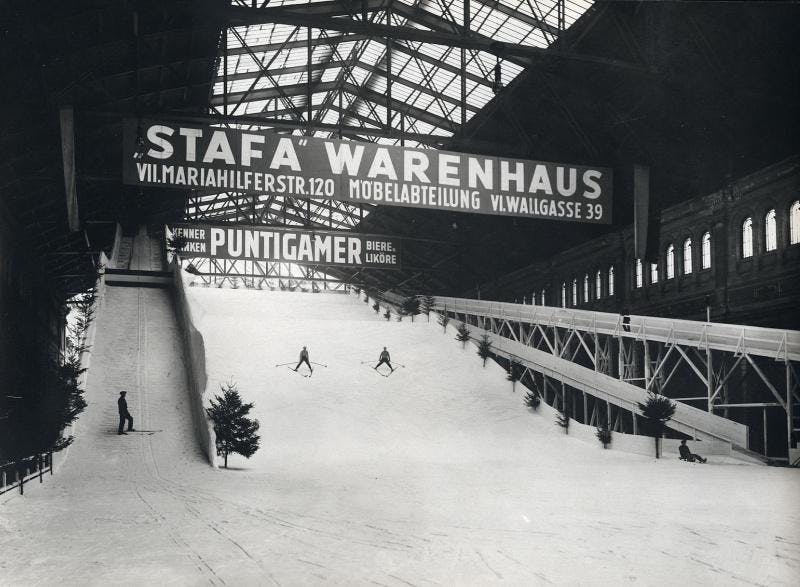 As temperatures drop, the Viennese start looking to the hills – specifically to Semmering and other nearby slopes for a day of skiing or snowboarding. Some 90 years ago, the Viennese didn’t have to look so far to find a place to ski, thanks to the world’s first indoor ski hall — which, as it turns out, was not in Dubai or any other desert country, but right here in Vienna! What came to be known as the Schneepalast was built inside the former Nordwestbahnhof in Vienna in 1927. The Nordwestbahnhof had been the second largest train station in Vienna during the Habsburg Monarchy, connecting Vienna with Bohemia and Moravia, but lost significance and was ultimately abandoned after the collapse of the monarchy. The Norwegian skier and ski jumper Dagfinn Carlsen had conceived of an indoor ski hall after seeing something similar at an exhibition in Berlin, and the abandoned Nordwestbahnhof met the size requirements of such an ambitious project. Carlsen was granted a license to operate a ski hall within the building from November 1927 until May 1928, and he set about building a 70 meter long wooden construction that consisted of a ski slope, a ski jump, a sledding hill, and bleachers for spectators. The ski jump allowed for jumps as far as 20 meters, with the furthest recorded jump being 19.5 meters. The construction even included an electrically powered conveyor belt that brought sleds from the bottom of the hill to the top, which was a rather modern innovation at the time.

Despite the great hopes that Carlsen had for his indoor ski palace, it was beset by problems almost from the start. The opening of the Schneepalast was delayed by several weeks due to missing government approvals, and when it finally did open, it was immediately overshadowed by an unforeseeable event: after the Viennese Mayor Karl Seitz gave a speech at the opening of the Schneepalast, he became the victim of an assassination attempt when his car was shot at multiple times as he was leaving. He and his entourage were unhurt, but the attempted assassination of the mayor at the opening ceremony of the Schneepalast did not exactly generate positive publicity for Carlsen and his new ski park. Additionally, there was a great deal of criticism surrounding the fake snow that was used for the ski slope, which was a chemical substance that had a yellowish tinge, caused itching to the skin, and was easily dislocated to expose the underlying wood and mats of the slope construction, causing skiers to crash. On top of this, the Schneepalast had some formidable competition: Austrian nature. The Schneepalast closed in May 1928 in considerable debt, but the idea of an artificial ski slope in Vienna did not die with it: in 2009 an investor informed the city of plans to build an indoor winter park with a 100-meter long ski slope in the 22nd district, which Mayor Michael Häupl immediately shot down as a ‘Schnapsidee’ (a hare-brained idea). Nonetheless, in 2014 an outdoor year-round ski and sledding slope was successfully crowd-funded, and the Schneeerlebniswelt was opened in Seestadt Aspern. Much like those that came before it though, it has proved to be a failure and filed for bankruptcy in 2016.

There is much more to be said about the Schneepalast and ski sport in Austria in general – for those who are interested, check out the forthcoming edited volume Skispuren (edited by Christof Thöny and Rudolf Müllner), to be published early next year, which includes a chapter about the Schneepalast by Petra Mayrhofer, Agnes Meisinger, and Magdalena Neumüller. (C.G.) 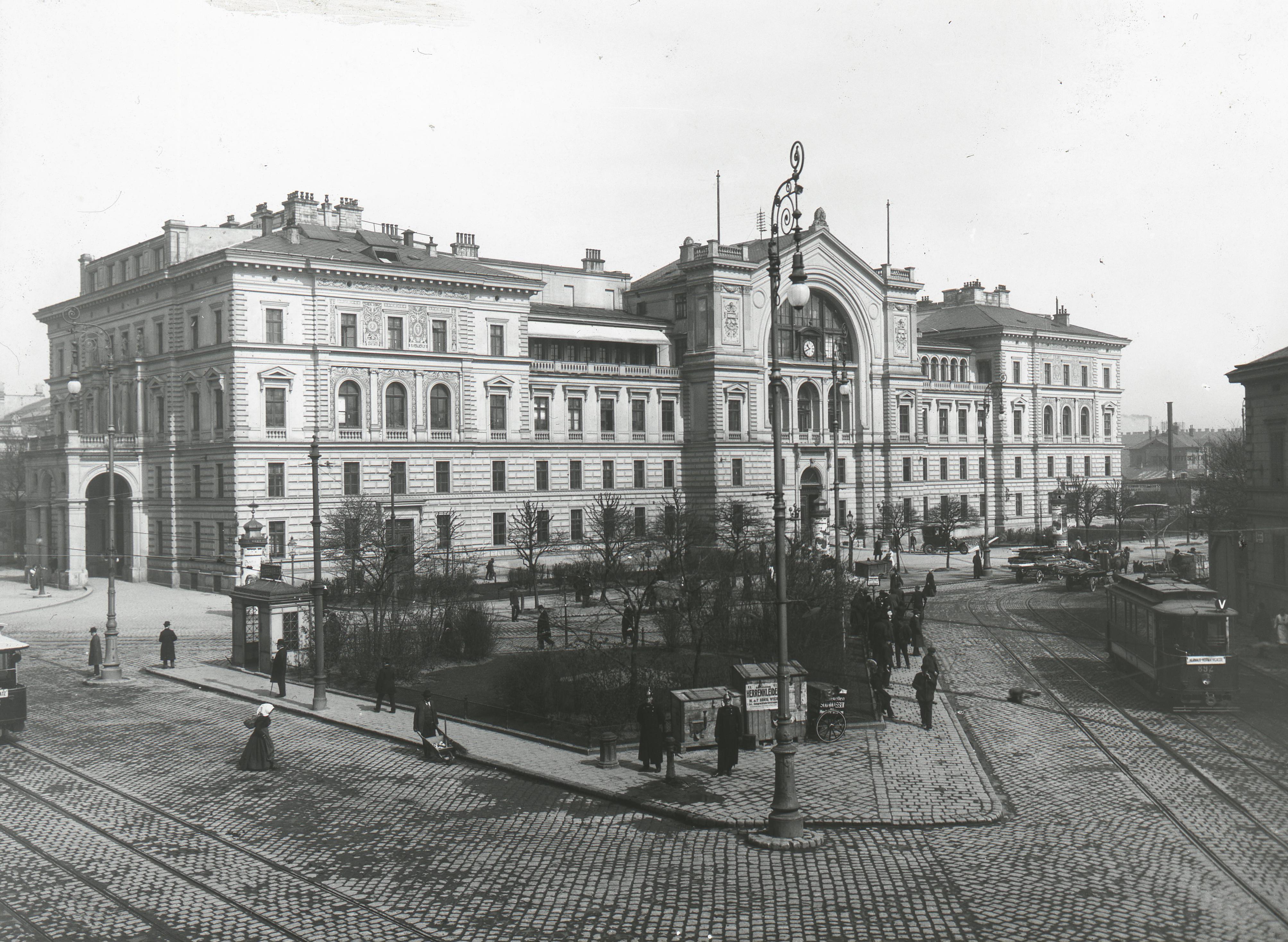