Smashed To Pieces (In the Still of the Night) 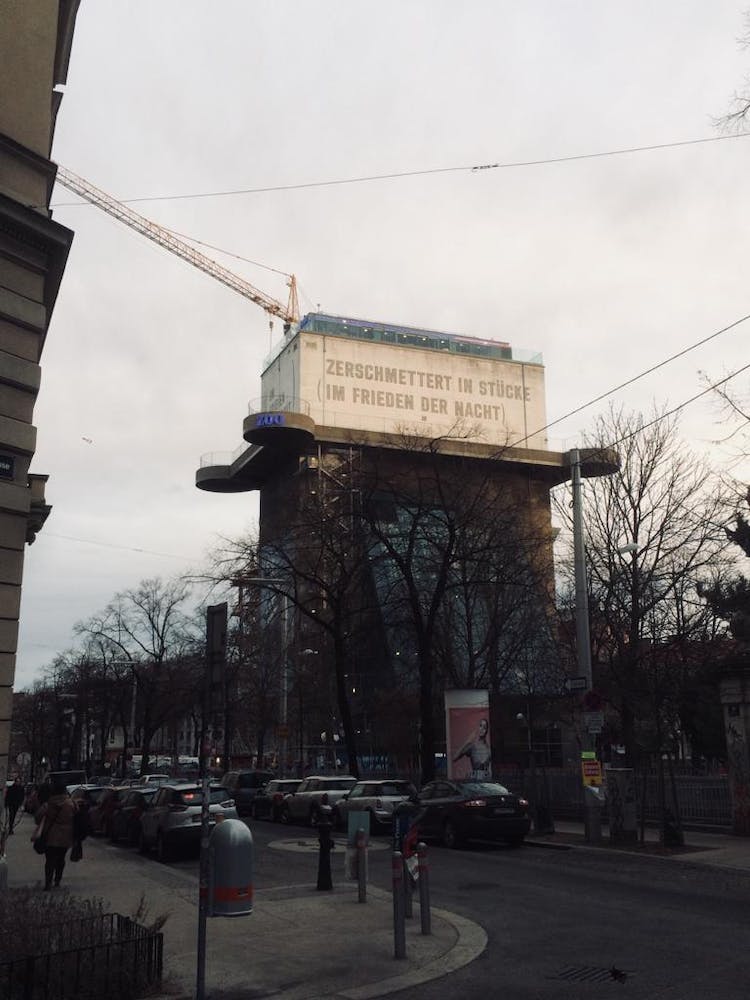 “Zerschmettert in Stücke (im Frieden der Nacht) / Smashed to pieces (in the still of the night)” – is what you can read on the former Flak tower right in the heart of the sixth district. The artwork was originally intended as a temporary installation in the framework of the Wiener Festwochen 1991 and was not removed ever since. Until now. In 2018, the aquarium, that is located at the tower, started to renew its façade and extend its roof. Preserving the artwork was not planned and, therefore, it will be removed by the end of March 2019.

So, this might be the last time to tell you what the famous phrase is all about: When the post-conceptual artist Lawrence Weiner painted the huge letters on the former WWII flak tower, he thought of it as tattooing the city.  Because it would be very difficult to get rid of the flak towers in Vienna – and  by doing so, of a constant reminder of the horror of the war –  it would also require a lot of effort to remove a painting of that size, or as Weiner said, “when it´s up, it´s up!”.

In doing so, he reinterprets the Flak Tower: from a symbol of nationalism and war to a memorial against war and fascism. He exposed the building for what it is: an aquarium behind the walls of a relic of a war. The inspiration behind the sentence came from the fact that listening to smashing bottles in Vienna during the daytime takes on a very different tone in the middle of the night – which could also be understood in a way as a call for action. For the past 28 years, the iconic phrase put a weight and perspective on the city and in all our heads. However, now the façade with the writing is disappearing behind a glass construction. In the still of the night. (JE)