Taking tram 71 (or, how the Viennese die) 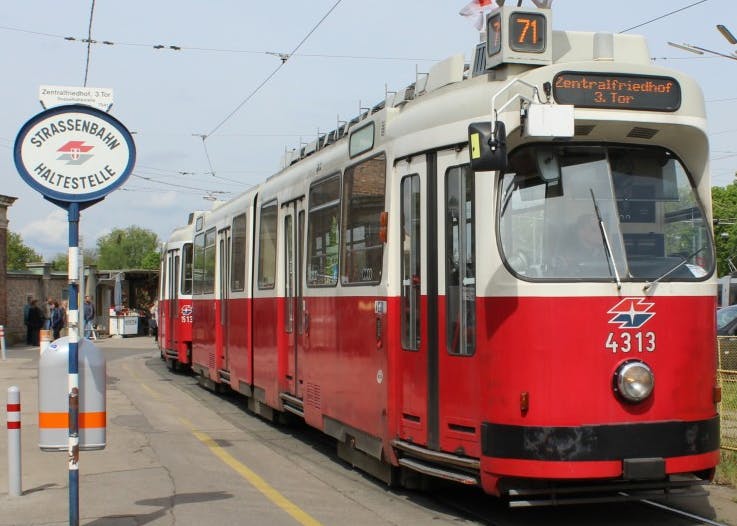 Have you ever heard the expression “mit dem 71er fahren”? You might assume that it just means to take the tram line 71, but the 71 has quite a reputation and “taking the 71” can be a rather grave undertaking (ha!). This is because for over 100 years, the 71 has been closely connected to the Zentralfriedhof (Central Cemetery) of Vienna, bringing not only passengers to the cemetery today, but even transporting corpses there in the past. This tram line has existed since 1873, back when it was still operated by horses, and since 1874 it has been traversing between the city and the cemetery. At the time there were so few lines that they didn’t have numbers, so tramline 71 only got its current name in 1907, 6 years after it became an electric tram. The true significance of the connection to the cemetery only became clear in the interwar years though: starting in 1918, tramline 71 transported corpses to the cemetery, mostly undercover of night. Since the Second World War it is no longer used for this purpose and now only transports the living, but the fact that it used to also transport the dead and continues to go to the cemetery means that it is still closely connected to death. And since just saying that someone has died is far too mundane for the Viennese, you may instead hear “er ist mit dem 71er gefahren” (he took the 71)….or when things really get serious, and you hear that most Viennese of threats: “i schick di mit’m 71er ham!” (I’m gonna send you home with the 71!). (C.G.)