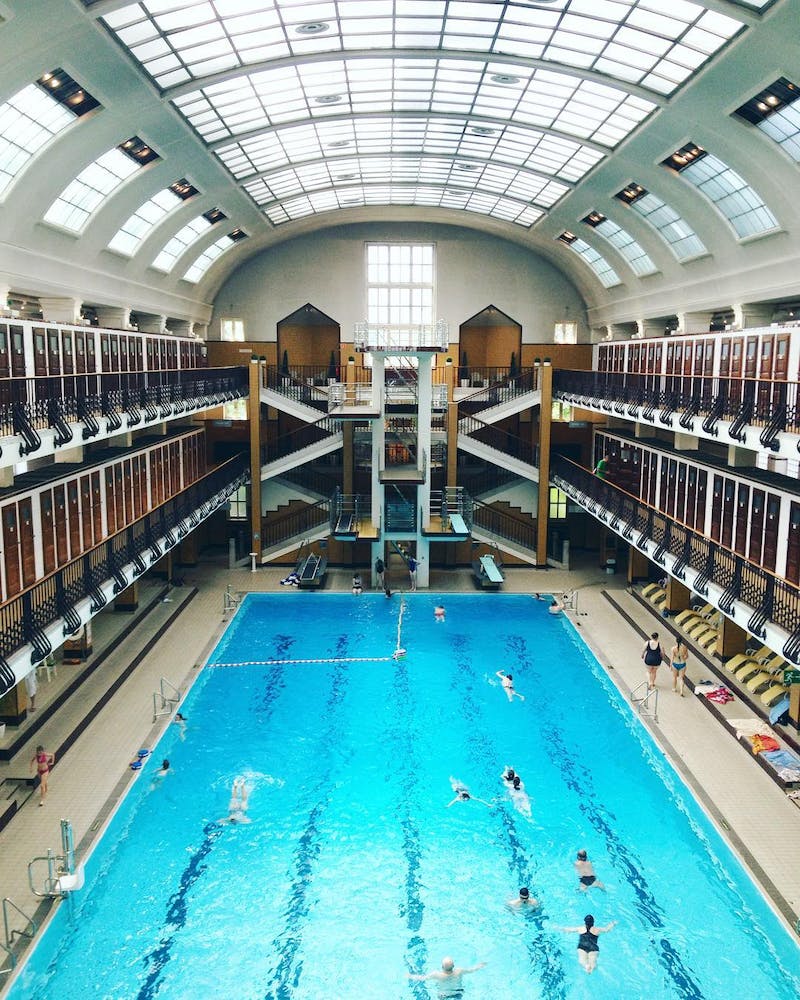 The Amalienbad from 1926, designed by the architects Otto Nagel and Karl Schmalhofer, is not only one of the oldest indoor swimming pools in Vienna, but it is also one of the top addresses when it comes to enjoying a unique historical ambience. The splendid swimming pool in Art Nouveau style is timeless and especially in the dark season, a great option to spend leisure time there. From the outside, the building is hardly recognizable as a swimming pool, one would much more likely suspect apartments or a community building inside. The Amalienbad is strictly symmetrical in its design and directs the attention from the Reumannplatz to itself with its remarkable clock tower. The swimming pool was one of the largest in Europe with its enormous volume and its capacity for up to 1300 people. Behind the stereometric façade was a complex and innovative program by the socialist Vienna that created new standards of hygiene and had a lot to offer besides: a huge swimming pool, medical baths, large shower rooms, a public hairdressing salon, a restaurant, drying rooms and separate changing rooms – but the highlight for sure was the moveable glass roof construction. After the Second World War the building was partially re-adapted after major war damage and reconstructed to a modern swimming establishment. When entering today, visitors already get a great impression of the uniqueness of the Amalienbad by the glass-covered vestibule with its Art Déco Murals. But above all, it is the atmosphere of the magnificent 14-metre-high basilica-like swimming pool, with its two-story gallery, that will take one back to the time of the Red Vienna. (JE)