The Banners of the Austrian Parliament 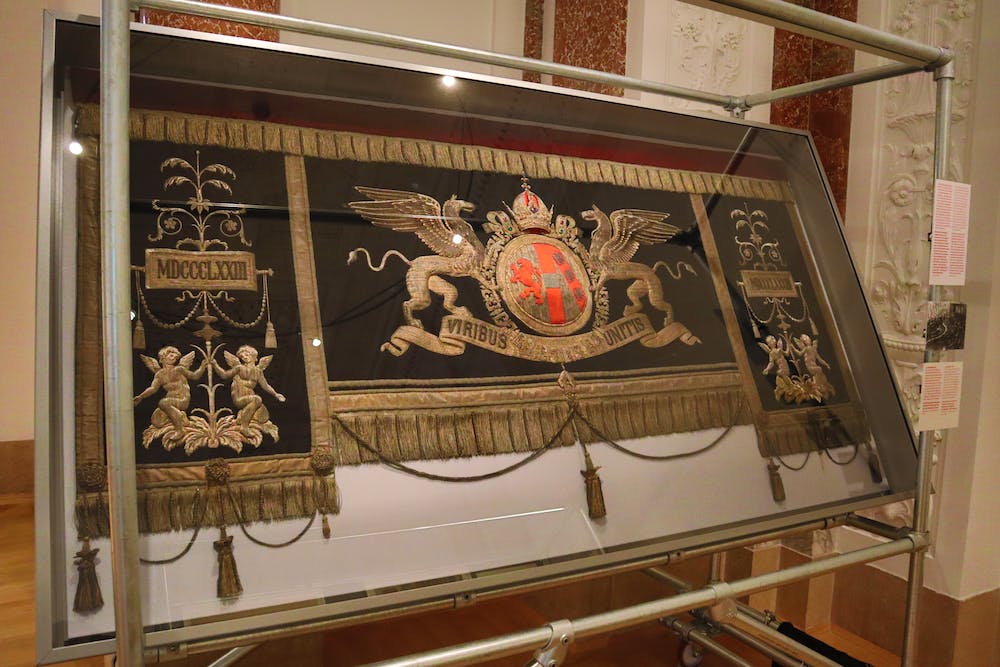 When construction of the Austrian parliament was finalized, the emperor Franz Joseph had a loge in each one of its chambers (today’s National Council and the Federal Council). And in these loges one could find a banner. In the middle of the banner there is the text “Virbus Unitis” (“mit vereinten Kräften” or “with united strength”), which was the emperor’s motto. On one side of the banner one finds the year 1873 written in Latin, which is the year when it was decided that members of parliament could be elected directly. On the other side of the banner, also in Latin numbers, one reads the year 1883, which is the year when construction of the parliament was finalized. Perhaps there would be nothing interesting about this banner, except that it is one of the items that were lost at some point in history and was found in 2017 during the current refurbishment work at the parliament! Fun fact: we are told that Franz Joseph visited the parliament only twice: for the topping out ceremony and also to inspect the completion of the building. Although he authorised its construction, it appears that the emperor was not a fan of the parliament! (Cr)