The Beginning and End of the Vienna Circle 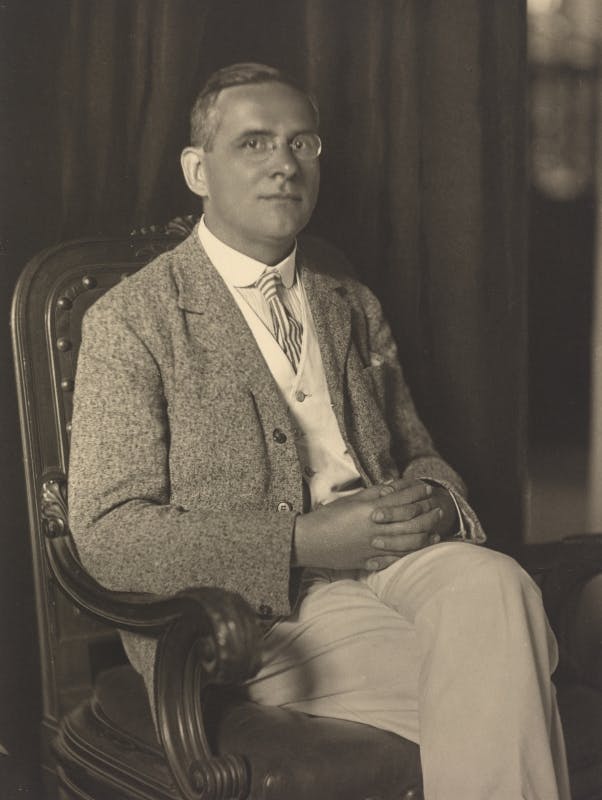 It is not news that Vienna was long a center of intellectual inquiry and scientific advancement. One of the most influential groups of thinkers emerged in the interwar period around the philosopher and physicist Moritz Schlick. This group originally called itself the Ernst Mach Society, but it quickly came to be known as the Vienna Circle. It was made up of a veritable who’s who list of European scientists and philosophers, including Rudolf Carnap and Ludwig Wittgenstein, and is most closely associated with logical empiricism. Though not directly part of the Vienna Circle, Albert Einstein was also associated with the group, which was heavily influenced by his ideas.

The founder of the circle, Moritz Schlick, was actually German but became the chair of natural philosophy at the University of Vienna in 1922. He was well-connected and had a talent for organizing people, as was the case with the Vienna Circle, which began meeting regularly every Thursday in Boltzmanngasse starting in 1924. Their ideas would prove to be influential in many fields beyond philosophy, including in physics and mathematics. Unfortunately, with the rise of Austrofascism in Austria, many members of the group had to leave the country and move to the US or UK. Schlick elected to stay in Austria and continue teaching at the University of Vienna. This ended in tragedy as he was murdered on the university steps in 1936 by a former student. The student was tried and convicted, but the case became one around which nationalist and anti-Semitic sentiments in Vienna crystallized – this, despite the fact that Schlick wasn’t even Jewish. If you go to the university today, you will see a small plaque on the ground remembering Schlick and memorializing that spot where he was brutally killed. This marked the end of any regular meetings of the Vienna Circle, but their many intellectual contributions continue to resonate until the present day.  (C.G.) 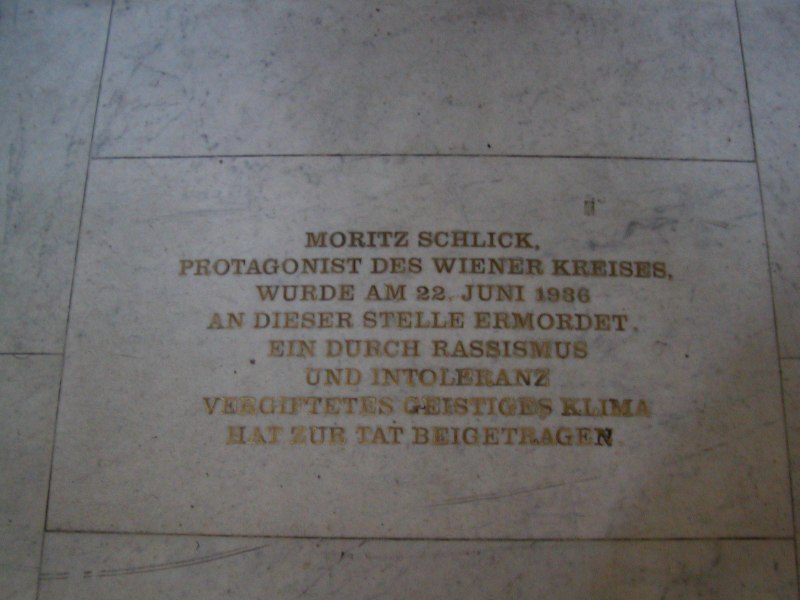