The Church of Breitenfeld 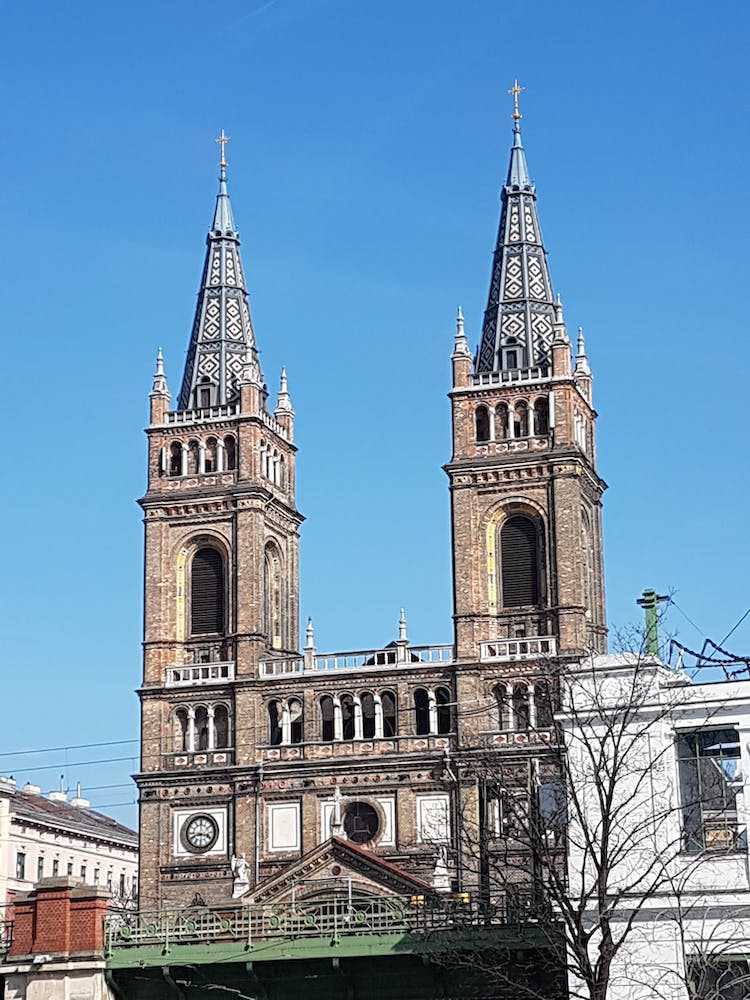 The Church of Breitenfeld

For people who often take the U6, a church they frequently pass by but may not know very much about is the Breitenfelder Pfarrkirche. It is the large church located on Uhlplatz, across from the Josefstädterstrasse metro station. In fact, the square was named after Eduard Uhl, a local politician, in 1894, but it was commonly known as Kirchenplatz in reference to the large church that continues to loom over it.

The church itself was a project that took many decades to realize and complete. The original impetus for the church was the death of Kaiser Franz I in 1835, for whom a memorial church was to be built. Of course, the location where the church is today was well outside the city walls in the 1830s, but the local administrator of Breitenfeld, as the area was known, fought hard to have the church built because he figured it would raise the profile of his small and relatively insignificant municipality. The Kaiser’s widowed wife, Karolina Augusta, donated a large sum of money for the construction of the church, and further donations were collected all throughout the empire in 1839. Nonetheless, Breitenfeld at the time belonged to the Schottestift (Scottish Abbey), which saw no reason for a church to be built there and were reluctant to give their support. The project therefore stalled for many years, before an architecture competition for the building design was initiated in 1886. Of course, by this time, the city walls had been demolished, and Breitenfeld had become both part of Josefstadt and Vienna proper. On top of that, both Karolina Augusta and the local initiator in Breitenfeld were long dead. Nonetheless, the church was built and was inaugurated in 1898 in the presence of Kaiser Franz I’s successor, Kaiser Franz Josef I. This was just two weeks after the railway line, now the U6, was opened, and one of the main criticisms was that the main doors opened not out towards the community of Breitenfeld, but rather in the direction of the Gürtel and railway line – as one can imagine, the Breitenfelder people were not too pleased with this! (C.G.)