The City Walls at Schwedenplatz 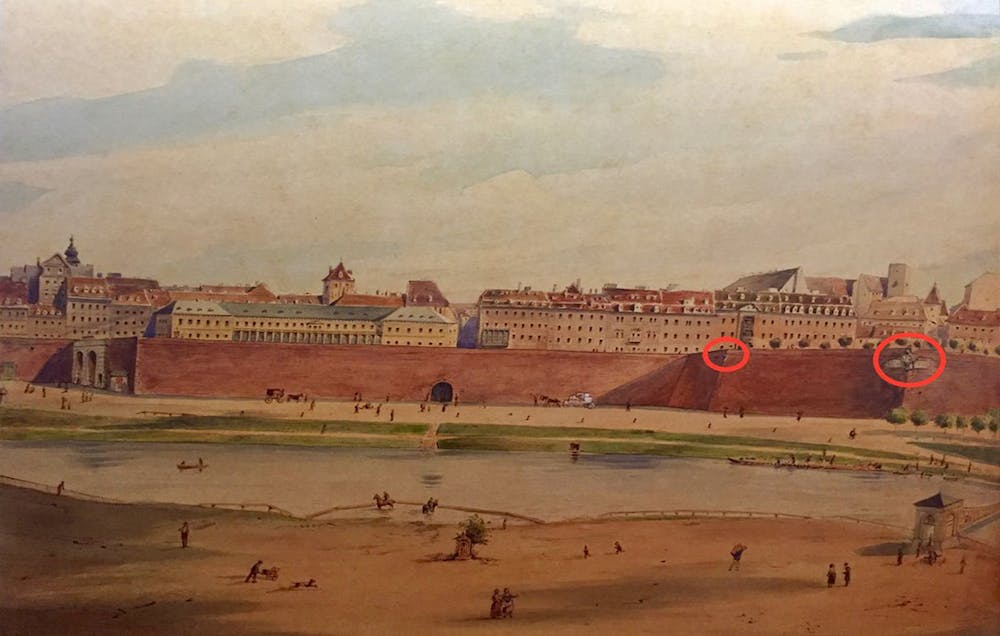 The Schwedenplatz metro station was built in 1978/79 and is the connection of the metro lines U1 and U4; a vital intersection in Vienna’s public transportation system. Part of Vienna’s fortifications used to stand at the Schwedenplantz, but after the Kaiser decided to remove the walls, the fortifications in this area were demolished in 1858/59. One gate located in the area was called Rotenturmtor (“Red tower gate”), which gave the name to the Rotenturmstrasse that connects the Stephansplatz and the Schwedenplatz. A bastion that was located next to the Schwedenplatz area was named Gonzagabastion after Annibale Gonzaga, who was a commander of the city’s guard, and the reason why the Gonzagagasse exists. Today, except for some street names, there is not really much in the area that would remind you of the fortifications and the gates that once existed here. Or maybe there is? Next time you are on the metro U1 platform you may see three stone figures that may seem to be out of place here. However, at least two of them have been in the area for a long time.  The Gonzagabastion had two emblems at two of its corners (see the pictures) and these were preserved after the bastions were removed. The small one seems to be the coat of arms of Hungary and the larger one is most likely one coat of arms of the Gonzaga family that is in the middle of a double-headed eagle. These are indeed vivid reminders of Vienna’s history! (Cr) 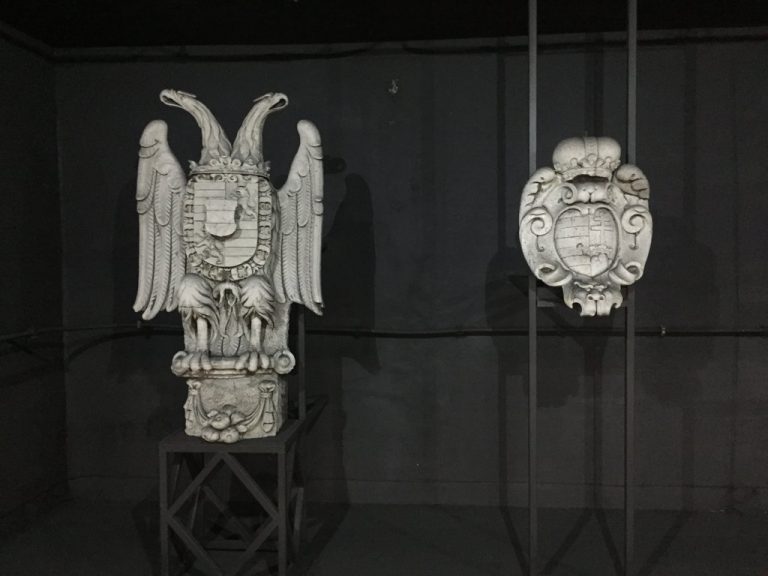