The Crusades and the Maltese Church 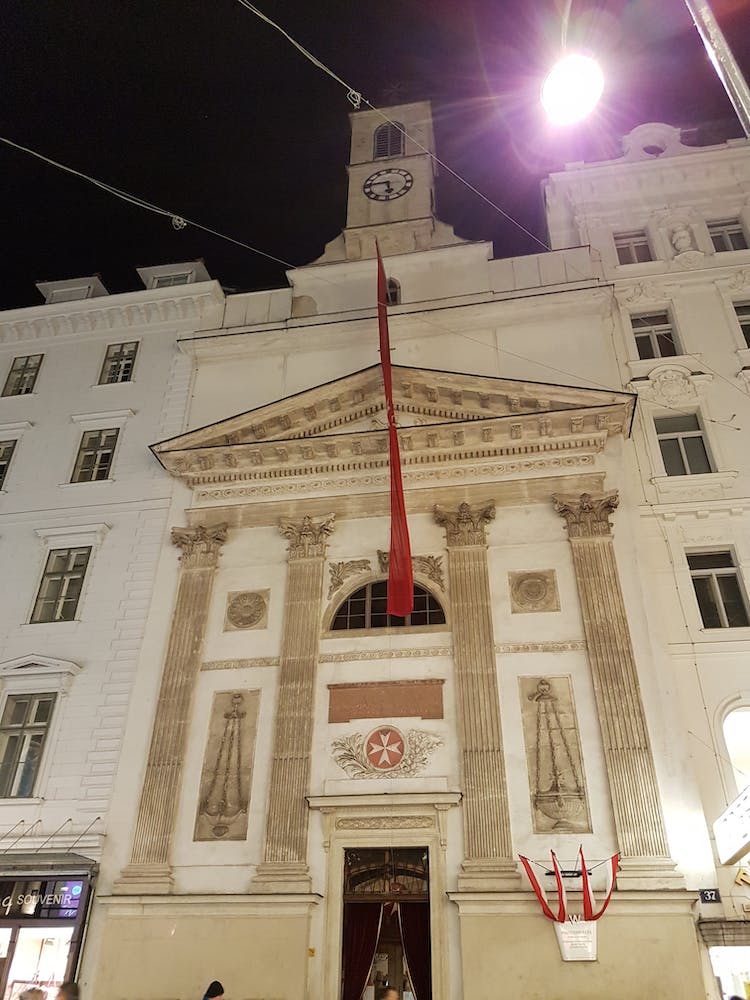 Amid the bustling and busy streets of the 1st district, there are beautiful and historic buildings hiding in plain sight. One that you may have overlooked amid the general hubbub of Kärntnerstrasse is the Malteserkirche (or Maltese Church). Overshadowed, like most buildings in the area, by the nearby opera house and St. Stephen’s Cathedral, the Maltese Church is nonetheless worth a moment’s pause. The first thing to know is that the church is not actually called the Maltese Church, but rather Church of St. John the Baptist. Nonetheless, it belongs to the Sovereign Military Order of Malta, so it is commonly known as the Maltese Church. This order is the modern successor to the Knights Hospitaller, which was founded as a Catholic military order in the 11th century to protect and support Crusaders on their way to and from Jerusalem. The order was weakened by the Protestant Reformation, but not before the Knights Hospitaller became the smallest group to ever colonize parts of the Americas – they ruled over 4 Caribbean islands for a period of 14 years before selling their possessions to the French.

The place where the  Maltese Church in Vienna now stands was first mentioned in 1217 as a refuge for the poor, Crusaders, and anyone in need of spiritual guidance. Vienna lay on the route to Jerusalem for many Crusaders, but the Fourth Crusade had already ended in 1204, and Kärntnerstrasse was in fact not a main thoroughfare for Crusaders but rather an important trade route connecting Vienna to various waterways. Thus both the timing and location could be seen as less than ideal, but at least in terms of timing, there were a further 5 Crusades to come; so this location did ultimately serve its purpose despite not being directly on the crusading route. The first church in this location was built in 1265, but the current structure wasn’t built until 1446 and underwent large-scale renovations in the early 1800s. During this time it also received the notable bell tower on its roof, which, as of 2007, once again has a functioning bell. The Order ran into financial troubles after the First World War, and was forced to sell not only the church but also other possessions in Vienna. Nonetheless they were allowed to continue using the church free of charge, and managed to re-purchase it in 1960. (C.G)