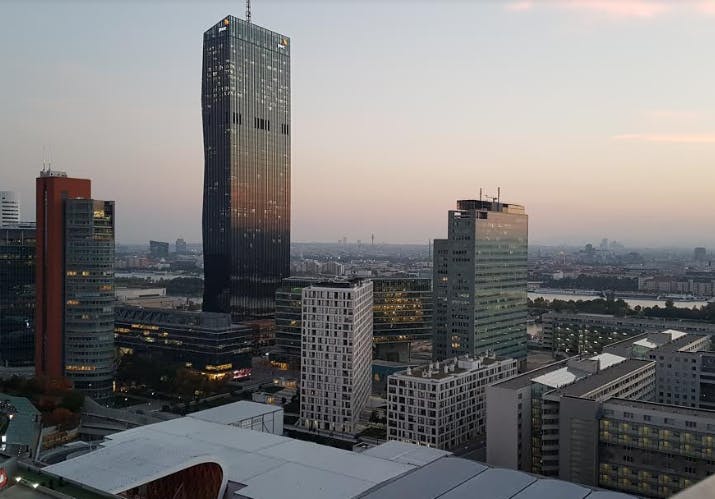 When walking around Vienna, it’s always a good idea to look up and admire the beautiful building facades that are so easily overlooked. One building that can hardly be overlooked is the DC Tower. The name stands for Donau City Tower, and since its completion in 2014, it has been the tallest skyscraper in Austria at a height of 220 meters – just edging out the Millenium Tower, which previously held the record. In fact, the DC Tower is just one of a pair of towers that is planned to be built there. The existing tower was inaugurated in February 2014, with Buzz Aldrin in attendance, while Tower 2 has been repeatedly delayed though construction is currently slated to begin in 2019. It will be shorter than its already extant brother, but should serve as a further prominent feature of the Viennese skyline alongside its slim and elegant older sibling.