The Downsizing of the Imperial Waters 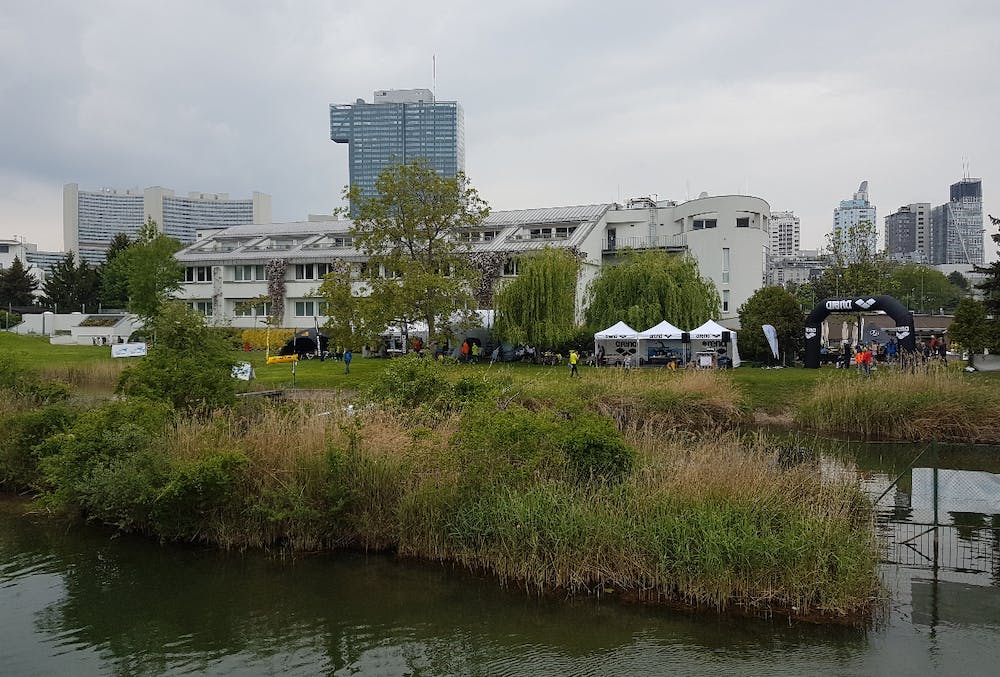 The Danube is a favorite location for locals in the summer, providing some much needed relief in the hot summer months. While we enjoy it today as a regular place to do sports and meet friends, the Danube used to be a much larger and less predictable beast. In fact, before the regulation of the river, it had many large arms that swelled and receded depending on the rains, such that entire areas of Vienna were previously marshlands that couldn’t really be built up because they regularly flooded.

One remnant of such a large Danube arm is the Kaiserwasser, a small body of water extending from the Alte Donau just to the south of the Vienna International Center. It is for all intents and purposes a small and stagnant pool today, but was once part of a much mightier part of the Danube. The original Kaiserwasser was a large arm of the Danube that previously jutted up against the back of the Augarten, covering the area where the Nordwest Bahnhof stood. With the regulation of the Danube in the late 19th century, these areas were gradually filled in and this arm of the Danub was reduced the small pool that remains today.