The fire of London 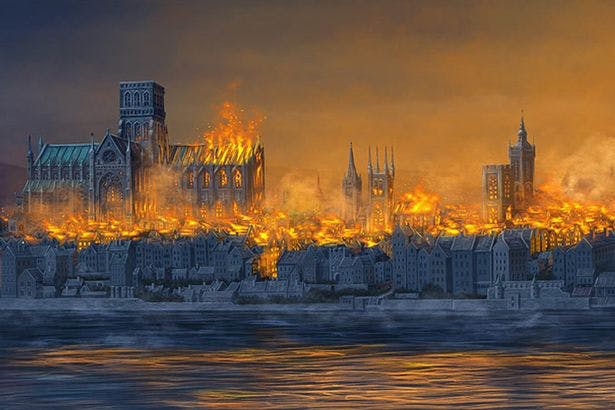 Sometimes our world is transformed through innovation and creativity and sometimes it’s due to catastrophes and disasters. One example is the London fire, which happened exactly 354 years ago today. In Vienna, the most famous fires are the “Hofburg Fires” which burned and destroyed parts of the palace in 1668, 1848 and 1992.

Such catastrophes continue to occur in various forms and continue to shape our cities, cultures and life in general. This is particularly true about Vienna and in order to show you exactly how we created a fascinating tour called “Feuer, Pest und andere Katastrophen”.

The next tour will take place on the 19th of September at 16:00. Together with our guide Tatjana, you will learn about the role of catastrophes in Vienna’s development and its connection to Corona.

For more information about the tour- https://secretvienna.org/deutsche-touren/feuer-pest-und-andere-katastrophen/