The Heights of the Hochstrahlbrunnen 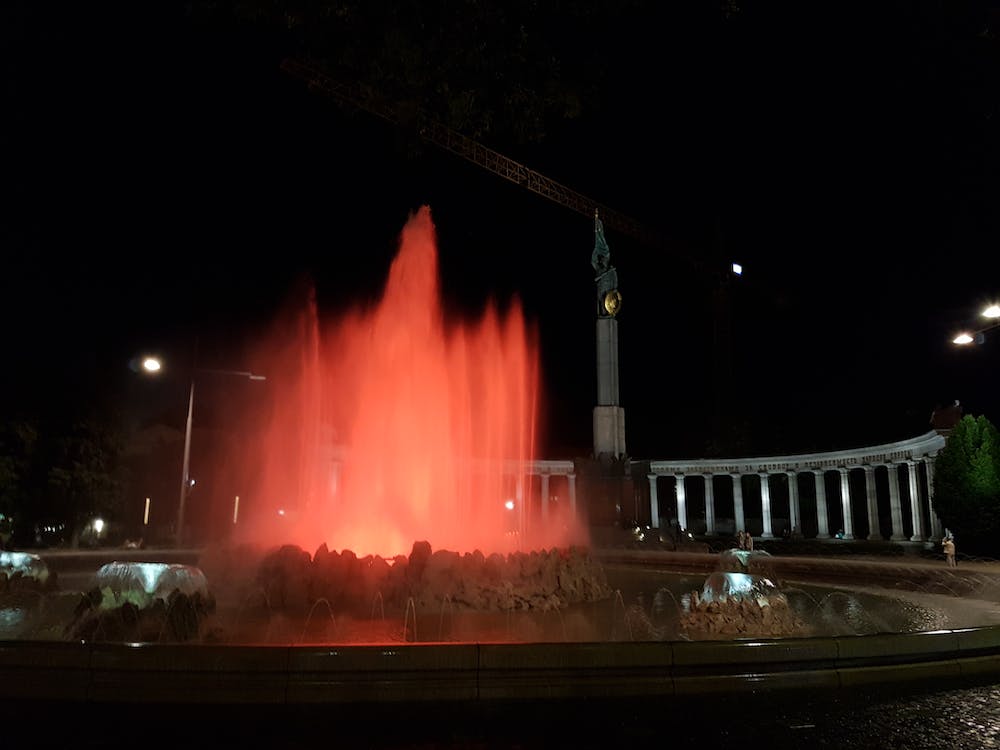 There is no shortage of fountains around Vienna, but one of the largest and best known is the Hochstrahlbrunnen at Schwarzenbergplatz. Although it looks like a rather modern construction, it was actually built — in a matter of just 4 months – in 1873. Although it stands just in front of the Russian monument, it long pre-dates the building of the monument and has no connection to the Soviet occupation of Vienna. Instead, it was built to celebrate the opening of the first Vienna water pipeline, which was the first source of safe public drinking water in the city. Since its construction, this pipeline has been a major part of the Viennese water supply, and continues to supply just over 50% of the city’s water today.

And, now that the city had a regular water supply, what better way to celebrate than to build a fountain? The fountain is comprised of 365 small waterspouts around the edges, symbolizing the days of the year. This is followed by 7 larger waterspouts for the days of the week which encircle the central fountain – which is itself made up of 12 high jets for the months, 24 lower jets for the hours of the day, and 30 jets in the very center for the days of the month. Unfortunately you can’t read the time or date from the water jets, but since being retrofitted with lights in 1906, the fountain lights up in 6 different colors at night: red, pink, green, purple, yellow, and blue! (C.G)